The island of Menorca is recognised by UNESCO as a Biosphere Reserve, fostering the harmonious integration of people and nature. This extends to Menorca Airport, whose entire culture, from planning to day-to-day management, is environmentally-conscious. 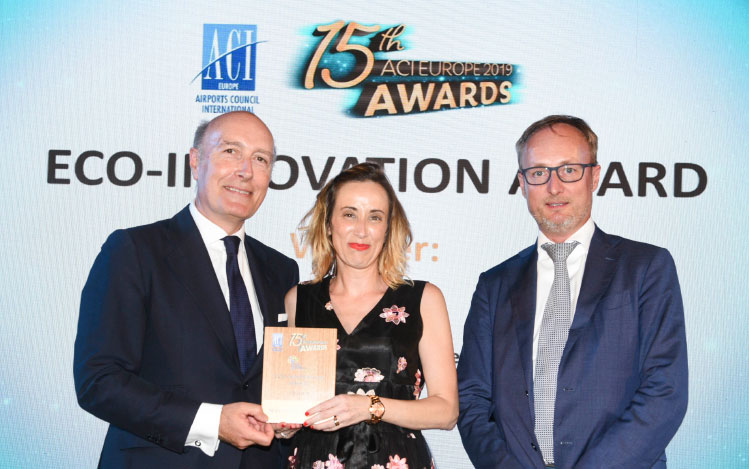 “We believe it is possible to carry out efficient and effective airport management while keeping it inclusive and environmentally sustainable, and we focus all our efforts on this,” says Eva Valenzuela, Director, Menorca Airport.

As part of its comprehensive sustainability strategy, Menorca Airport is accredited at Level 1 Mapping of ACI’s Airport Carbon Accreditation, and is working on soon moving to Level 2 Reduction. Carbon reduction efforts include the installation of a second photovoltaic solar plant on the roof of the general car park, which will be the largest grid-independent photovoltaic solar system on the island. Other measures being adopted to reduce emissions include the use of electric vehicles and charging points, as well as LED lighting.

The airport won the Eco-Innovation Award at this year’s ACI EUROPE Best Airport Awards, in recognition of its investment in protection of the island’s rich biodiversity against climate change.

Its focus is on sustainable development to help reduce the negative impact of climate change on the island’s Mediterranean woodland. “We have catalogued the plants growing within the airport enclosure, which include some orchids that are endemic to our biogeographical surroundings,” Valenzuela explains. “In addition, we have two clusters of wild olive trees that have been catalogued for their uniqueness and are protected because of their vast foliage cover and millennia-old age.”

The airport gardens house an ancient decorative fountain inhabited by the Balearic toad – efforts to protect the species include conducting a census and the tagging of specimens.

“Other collaborations with the local authorities consist of collecting fauna and taking Mediterranean tortoise specimens to the island’s rescue centre, as well as the capture of small birds of prey such as the common kestrel, which are removed so that they can then be released in areas away from the airport,” says Valenzuela.

The awards judges noted that Menorca Airport is addressing a variety of the UN’s Sustainable Development Goals.

With regards to the scant water resources on the island, the airport has been carrying out a series of actions aimed at ensuring the efficient management of consumption: recycling water, protecting and restoring aquatic ecosystems, and improving the control system of leak detections.

“We use advanced technology to monitor our facilities on a daily basis, and thanks to these measures we have achieved a 50% reduction in our water consumption since 2012,” says Valenzuela.

Regarding Objective 7, the airport, together with the public authorities and some of the big businesses on the island, are committed to the 2030 European decarbonisation project.

Valenzuela explains that, to achieve this, the airport collaborates to reduce emissions through various actions at its facilities, focusing on the use of renewable energies, improvement in energy efficiency, and switching to electric vehicles.

“We want to carry on developing a strategy of efficient and effective management, so that our passengers, customers, airline companies, and users in general, are ensured a safe and high-quality service as they pass through the airport, which in addition is inclusive and committed to sustainability on the island, a recognised Biosphere Reserve. Our aim: a more sustainable future.”