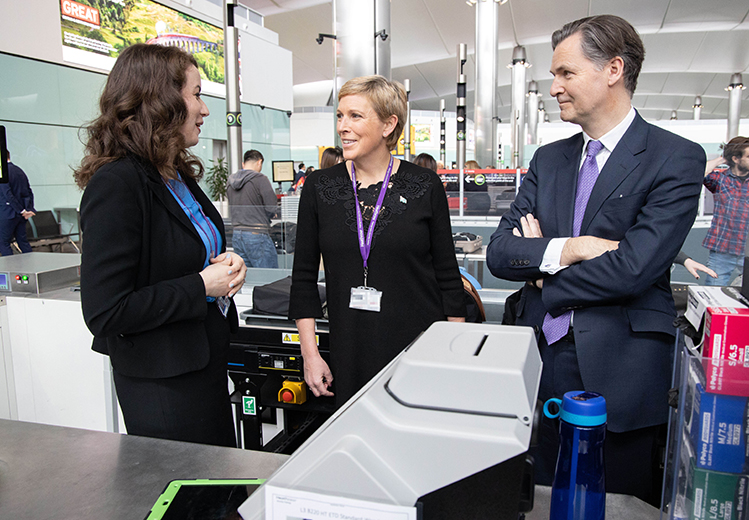 London Heathrow has announced the rollout of new computed tomography (CT) security equipment throughout the airport over the next few years.

London Heathrow has announced the £50 million (€56m) rollout of new computed tomography (CT) security equipment throughout the airport over the next few years. When fully deployed, the 3D equipment could end the need for passengers to remove their liquids and laptops from cabin baggage when passing through security.

With the support of the UK Department for Transport, Heathrow is beginning a programme to install the new equipment across its terminals by 2022. The new CT technology is the latest generation of security equipment, providing even better images of cabin baggage more quickly. The move to install this equipment airport-wide will make the screening process even more robust, helping the airport’s teams to provide a more efficient and seamless search experience. Once the rollout is complete, it will have the potential to transform the journey through the airport.

Heathrow is the first UK airport to trial the technology and is working with the Department for Transport to help other airports up and down the country as they look to begin trials of their own in the coming months.

“Heathrow has a proud history of investing in making every journey better and that’s why we’re delighted to be rolling out our new CT equipment,” says Chris Garton, Chief Operations Officer, Heathrow Airport. “This cutting-edge kit will not only keep the airport safe with the latest technology, but will mean that our future passengers can keep their focus on getting on with their journeys and less time preparing for security screening.” 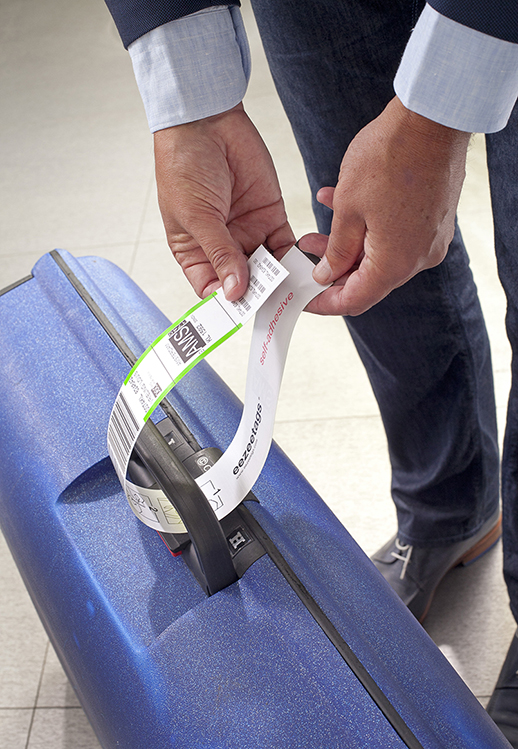 Borry Vrieling, Founder and Managing Director, eezeetags: “RFID in theory has the capability to create a higher tag read-rate compared to a barcode, due to the advantage of no line of sight needed. Therefore, it should create operational benefits to the industry and bring down the mishandled bag rate.”

eezeetags’ passenger-friendly self-tagging bag-tag is based on a patented unique ‘linerless’ technology, with an adhesive that only sticks to itself. Significantly, the first steps are being made towards integration of RFID into the eezeetags. “RFID in theory has the capability to create a higher tag read-rate compared to a barcode, due to the advantage of no line of sight needed,” explains Borry Vrieling, Founder and Managing Director, eezeetags. “Therefore, it should create operational benefits to the industry and bring down the mishandled bag rate. A worldwide operating RFID reading system is a pre-requisite. eezeetags can already be integrated with RFID. The big change, however, will be driven by the market. At first, the IATA Board needs to accept the suggested RFID recommendation in the upcoming June meeting. Secondly, the market needs to adapt if a positive business case can be made, amongst the several stakeholders.”

Most recently, Berlin’s Tegel and Schönefeld airports implemented eezeetags-capable hardware in combination with self-bag-drop from Collins Aerospace. “We are very proud to serve the two Berlin airports in close cooperation with our partner Collins Aerospace. It is too early to share results, since the installation is not fully up and running, but it will be in the coming weeks,” says Vrieling.

eezeetags are also used with Bagchain gate tagging devices at Amsterdam Airport Schiphol, tagging excess overhead bin luggage that needs to go into the hold of the aircraft. It saves staff 2-3 minutes per passenger.

In a further development, the first off-terminal application has gone into operation at Brussels South Charleroi Airport. Meanwhile, off-airport tagging for door-to-door luggage companies like BagPoint is being installed in locations such as hotel lobbies.

TAV Operation Services has launched LoungeMe – a mobile app that provides access to over 400 lounges worldwide with just a few clicks. LoungeMe is the product of a three-year development, including the technical infrastructure and the establishment of its lounge network.

“LoungeMe’s technical infrastructure has been designed with flexibility in mind to provide services for individuals, as well as businesses,” says Bora İsbulan, General Manager, TAV Operation Services. “LoungeMe is soon to become a prospective solution partner for airlines, airports and corporate companies that run loyalty programmes, thanks to an infrastructure that allows for API integration.”

With its web infrastructure, LoungeMe is capable of integrating with all online portals that provide services
in the tourism sector, such as travel agencies, hotels and ticketing. This way, passengers can easily purchase access to lounges when buying their flight tickets or tours.

“Passengers can purchase a membership plan or a single lounge entry. In addition, they can win points for purchases made through LoungeMe and can use these points on their upcoming travels,” İsbulan explains. “Plus, LoungeMe offers a variety of functions designed with passenger needs in mind, such as sharing access to lounges, inviting friends, rating lounges and gamification.”

In addition to accepting payment through credit or debit cards, LoungeMe offers over 15 alternative payment methods, including Alipay, Ideal and Sofort.

LoungeMe predicts reaching 4.5 million users and generating three million lounge visits within the next five years, and has its sights set on the global market. 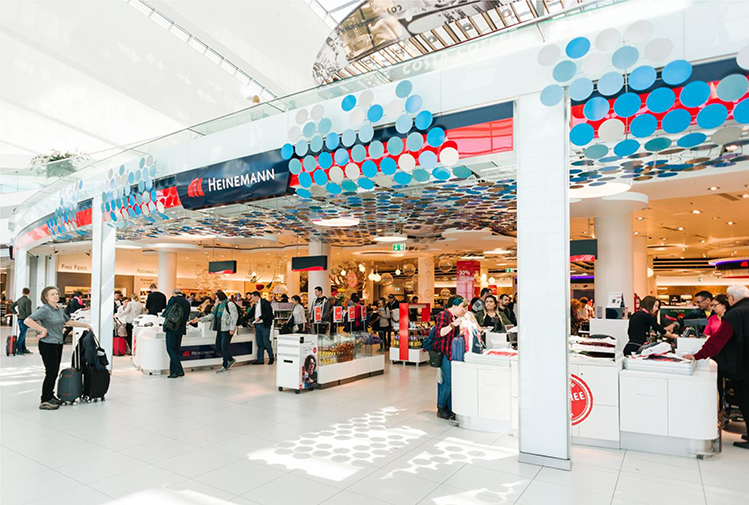 As Budapest Airport prepares to introduce a significant enhancement to its Asian route development with the launch of its three times weekly link to Shanghai, the Hungarian gateway’s largest retail partner – Heinemann Duty Free – has launched a payment initiative for the airport’s growing number of Chinese visitors. Taking the opportunity to introduce Alipay and China Union Pay – two of the major merchant suppliers in China – both the airport and Heinemann realise the benefit of supporting specific visitor groups in the continued growth of non-aeronautical revenues.

“Having the ability to now utilise China’s largest payment vendors, Alipay and China Union Pay, at Heinemann Duty Free’s stores is a huge step forward,” says Jost Lammers, CEO Budapest Airport. “We are further looking forward to extend these services to our other partners at the terminals later this year, allowing our growing number of Chinese visitors to be assured that all main stores and restaurants will welcome their familiar payment methods. Coming just a few months after rolling out the BUD Airport Chinese Mobile app, we are well on the way to becoming a Chinese friendly airport.” 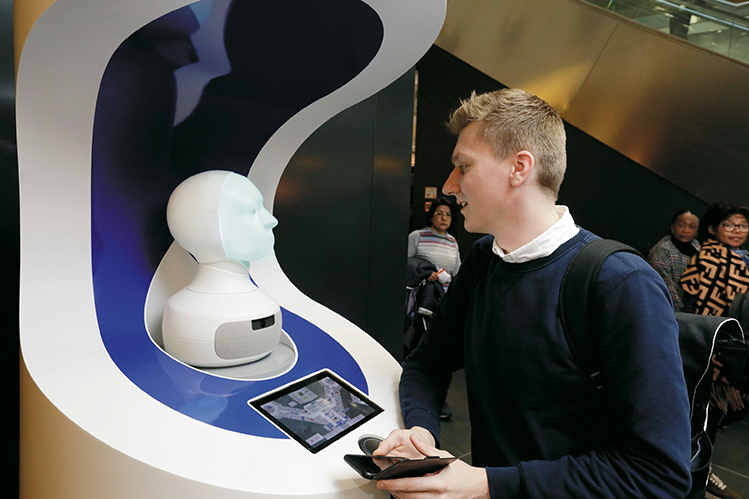 Fraport is testing artificial intelligence at Frankfurt Airport with FRAnny – a robotic concierge.

FRAnny is an expert on Frankfurt Airport, and is able to answer a wide range of questions, including the correct gate, the way to a specific restaurant, and how to access the free Wi-Fi.

FRAnny is based on an artificial intelligence and a cloud-based voice-user interface (VUI) that can be deployed in a variety of forms, including in chatbots, voice assistants and robots. Using data drawn from the airport’s information system, FRAnny is able to understand and answer questions relating to travel, airport facilities, and more. In addition to providing flight information, FRAnny is well versed in small talk and can communicate in German, English and seven other languages.