Sabiha Gökçen positioning itself as “The City Airport of Istanbul”

Located 40km from the city centre, Istanbul Sabiha Gökçen International Airport (SAW) is well positioned to be the city airport of Istanbul following the recent opening of the new Istanbul Airport, as well as the closure of Atatürk International Airport. Through its connectivity and direct accessibility via metro from June next year, together with its ongoing developments (second runway, new terminal), SAW is poised to play a significant role in Turkey’s aviation landscape.

In 2001, SAW became the first greenfield commercial airport to be built in Istanbul over the last 70 years. Since then, passenger volume has grown more than 10 times. Today, it handles over 35 million passengers annually, making it Turkey’s second and Europe’s 12th-busiest airport. SAW provides connectivity to over 150 international and domestic destinations. Indeed, the fast growth in passenger volume made it Europe’s fastest-growing airport for seven consecutive years between 2009 and 2015.

Over the next few years, SAW is expected to increase its passenger volume as it continues to serve a catchment area of over 25 million within a two-hour driving distance. Four of the most developed industrial cities sit within this catchment, making SAW an important cargo and logistics hub. 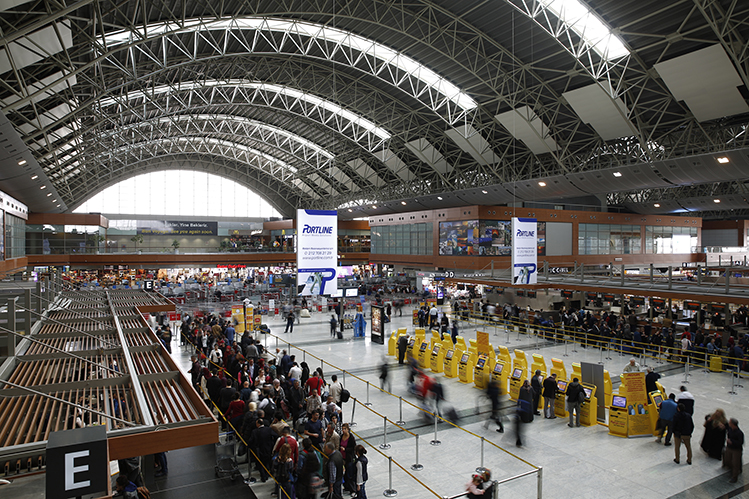 Ersel Göral, CEO Istanbul Sabiha Gökçen International Airport: “As part of the airport’s future expansion programme, the smart use of technology will maximise our infrastructure. It will also provide our passengers with a world-class experience and support our airline customers in managing their operations more efficiently.”

“As a traveller, we often look for the most convenient way to travel, ensuring that we reach the destination as quickly and easily as possible,” says Ersel Göral, CEO of SAW. “With the growing demand for air travel, the impact of airports on the entire travel experience is extremely important, especially airports being the first touch point for a traveller or a tourist. SAW’s vision has been to provide a seamless and inspiring air-port experience to all customers. Therefore, SAW has upgraded several of its terminal facilities to cope with the rapid growth, in particular screening machines, baggage handling, passport e-gates for local citizens, transfer counters, self bag drop and a terminal wayfinding system. In fact, SAW is the first airport in Turkey to introduce passport e-gate facilities to ease bottlenecks at border control.”

These upgrades, coupled with the fact that both international and domestic terminals are under one roof, makes SAW an efficient and user-friendly airport. This enables passengers to have a minimum connecting time, as well as a short walking distance within the terminal.

“As part of the airport’s future expansion programme, the smart use of technology will maximise our infrastructure,” Göral adds. “It will also provide our passengers with a world-class experience and support our airline customers in managing their operations more efficiently. This certainly bodes well for SAW’s future growth. We will welcome at least four new airlines – Kuwait Airways, Jazeera Airways, Salam Air, and Royal Air Maroc – this year, while our base carrier, Pegasus, continues to extend its network with the introduction of six new destinations: Riyadh, Basra, Manchester, Venice, Eindhoven, and Casablanca. At the same time, beyond just Pegasus, Turkish Airlines, Qatar Airways and Emirates, we hope to attract more large network carriers, such as the likes of British Airways, Lufthansa, KLM, Etihad, Saudia, Ryanair, Wizz Air, and easyJet in the coming years.”

With these developments, Göral and his team are striving to realise their dream “to make SAW the leader in its airport category, as well as becoming the preferred city airport of Istanbul”. 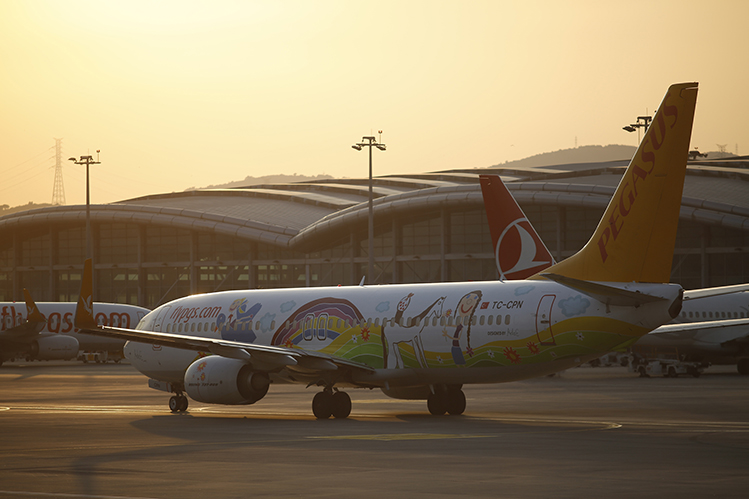