“In the next decade, we will see remote digital towers for all airports, just with different use cases”

Remote towers have the potential to enhance the way air traffic is monitored and managed at airports of any size. While regional airports are often key to the economic prosperity of a region, providing local air traffic control operations can be a financial burden.

“Using a remote tower solution, regional airports can substantially reduce this, and potentially share the remote tower facility with other airports,” says Peter Gridling, Head of Sales, Frequentis & Frequentis DFS Aerosense. “In the next decade, we will see remote digital towers for all airports, just with different use cases.”

A remote digital tower can be in place as a contingency measure, or used as a supportive system for vision enhancement. “The system we have in operation for German air navigation service provider (ANSP) Deutsche Flugsicherung (DFS), since December 2018, is what is classed as a real remote tower system, with the tower solution for Saarbrücken Airport located 450km away in Leipzig,” Gridling explains.

Jersey Airport recently became the first in the British Isles to achieve approval for operational use of a remote digital tower. The airport currently handles around 23,000 commercial air transport movements annually and is the fifth-busiest British airport for corporate and general aviation traffic, with more than 45,000 movements overall.

“Considering the criticality of Jersey Airport for the regional transport infrastructure, the Frequentis solution was designed as a contingency solution, providing seamless Air Traffic Control (ATC) services should the ATC tower be unavailable for any reason,” Gridling comments. “The significance of the regulatory approval for this airport is that it is the first to receive approval from the European Aviation Safety Agency (EASA). Usually approvals are given by national agencies.”

Frequentis has also partnered with Icelandic ANSP, Isavia, to explore remote tower technology in sub-zero temperatures at isolated airfields. “The partnership is ongoing and has provided a learning curve for both of us to better understand the challenges related to harsh weather, infrastructure and isolated airports,” Gridling adds. “For airports with low traffic volume, or located in secluded areas where staffing proves challenging, remote towers could provide a lifeline.” 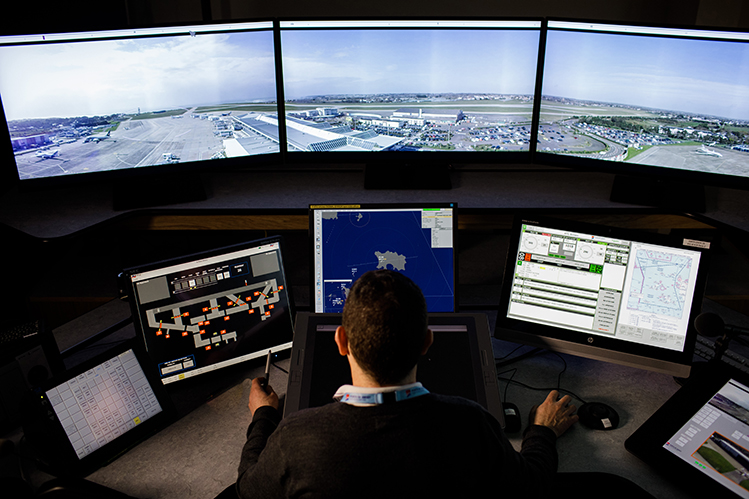 In Europe, in addition to standard remote tower solutions, Frequentis is participating in SESAR testing for multi-remote tower technology, which involves multiple airports being controlled from one remote location. “This is where we will see the most significant benefits in terms of optimising air traffic controller capacity,” says Gridling.

Remote digital towers are not limited to Europe; Frequentis has deployments ongoing in New Zealand, Argentina, Brazil, and also in the United States with the US Department of Defense. “There are many more ANSPs and airports worldwide talking to us about future deployments,” Gridling adds. “This innovation is on its way to becoming mainstream. Still, there is great potential to improve and make use of technologies such as artificial intelligence or advanced camera technologies to continue to improve situational awareness for controllers.”

He notes that Frequentis has been developing additional functions for its remote towers, including object detection. “We have already implemented the first generation of this feature to Saarbrücken Airport, making it the only airport worldwide where it is in use. But we are already working on the second generation of this feature, using the detected object to provide virtual safety nets.”

With a remote tower visual representation of an airfield, it’s also important to consider the critical need for consistent and reliable network performance, ensuring there is no interruption in voice/data transfer or image quality.

Gridling explains that an ATM-grade network, like Frequentis’ NetBroker, part of the vitalsphereTM portfolio, is capable of detecting any degradation in network performance, known as brown-outs, while conventional networks only react to total link loss, blackouts. “It also allows dynamic rerouting based on application priorities and bandwidth availability, eliminating loss of service or reduced image quality.”

As remote tower develops and evolves, so does the importance of partnerships that combine technical expertise and operator know-how. DFS and Frequentis have been working on remote tower technology for four years, testing it in live operating conditions. After the successful project in Saarbrücken, the pair joined forces to create Frequentis DFS Aerosense in 2018, to build on the delivery of the remote tower concept. “The joint venture combines Frequentis’ technical expertise with 19 years of operational experience from DFS,” says Gridling. “This means we can offer turnkey remote tower services to other airports and ANSPs.”