Gothenburg is the largest city on the west coast of Sweden, and the country’s second-largest. A prominent shipping and industrial city, it is home to major corporations including Volvo and Stena Line, and a hub for creative innovations spearheaded by Lindholmen Science Center. The city and surrounding region is also a burgeoning tourist destination, popular for its green spaces and stunning coastline. 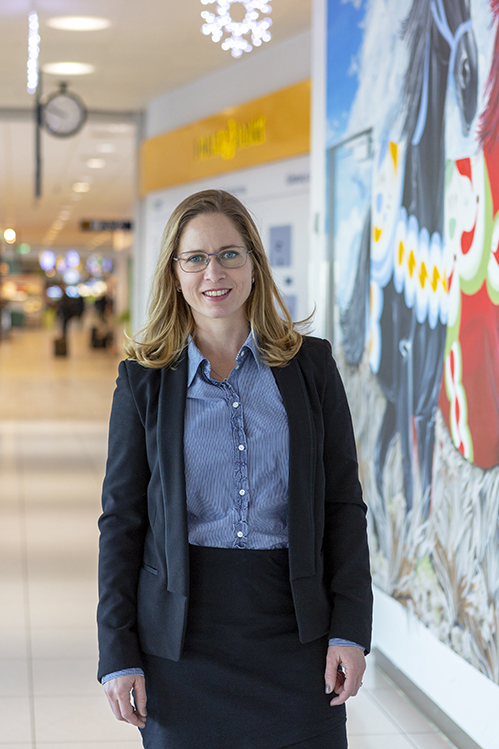 Anna Strömwall, Airport Director, Göteborg Landvetter Airport: “After my introduction programme, I have had the opportunity to meet most
of the airlines operating at our airport, and some of our partners in the region where we have a common goal in securing the connectivity to western Sweden.”

Göteborg Landvetter Airport delivers vital connectivity for the business and tourism sectors. Leading its continued development is Anna Strömwall, who took the helm as Airport Director in February 2019, having previously headed Swedavia Group’s consultancy unit, Swedavia Consult. Her experience in the transport and logistics sector also includes roles as Planning Manager at Scandinavia’s largest network of container ports, APM Terminals, and as Head of Security Screening at Stockholm Arlanda Airport.

“I have always worked within the transport sector, first as a consultant within supply chain management and then in different management positions,” Strömwall begins. “I started working at Stockholm Arlanda over 10 years ago and, with knowledge both from a strategic and an operational perspective, I have a good overview and understanding of how to operate an airport and how to secure customer value.”

Her first months as Airport Director have, naturally, involved getting to know her team and the wider business. “After my introduction programme, I have had the opportunity to meet most of the airlines operating at our airport, and some of our partners in the region where we have a common goal in securing the connectivity to western Sweden.”

That connectivity is growing. The latest available figures show that Göteborg Landvetter welcomed 455,000 passengers in April 2019 – an increase of 5% year-on-year. Strömwall attributes this to increasing international traffic, driven by a number of new routes that were not served the year before. These include Ryanair’s new services to Manchester, Prague and Barcelona, Laudamotion to Stuttgart, and SAS to Faro.

“Markets that have increased are especially Germany and Qatar, both of which had capacity added since last April, and we forecast a slight increase in international traffic on a whole-year basis,” says Strömwall. “We are continuously working on securing and improving the connectivity to and from the Gothenburg region. Even if the number of airlines and routes is constantly increasing, there are of course still some destinations on our wish list. The number one unserved destination from West Sweden is New York, followed by European cities like Milan, Birmingham, Reykjavik, Madrid, Lisbon, and others.”

Göteborg Landvetter works very closely with its airline partners on analysing new route potential. “We also have great cooperation with local stakeholders in the Gothenburg region, both from the leisure and business side, who support our analyses and dialogues with business intelligence, marketing communication channels, and other valuable input,” Strömwall adds.

The airport is building on this growth with the largest expansion in its history. €300 million is being invested between 2016 and 2025 in the Terminal Expansion North project. “We are building a larger terminal with three new gates connected to the terminal and four new bus gates,” Strömwall explains. “We are also building a larger baggage basement with room for new X-ray machines, a new hotel, and are preparing for a single security checkpoint and a railway connection.”

Zero emissions from own operations by 2020

Environmental sustainability is central to the Swedavia strategy, and its progressive approach to the environment means all 10 of its airports are recognised at Level 3+ Neutrality of ACI’s Airport Carbon Accreditation.

The aim is for all 10 of Swedavia’s airports to have zero fossil carbon dioxide emissions from their own operations by 2020. Efforts to achieve this are currently focused on investments in biofuels and the electrification of ground-based vehicles.

Göteborg Landvetter’s fleet of large airside vehicles, such as snow ploughs and buses, already operate using sustainable fuels, and the airport is working together with taxi and bus companies to increase the proportion of vehicles that are either electric or use renewable fuels.

“In addition to the carbon dioxide target, we work to optimise our storm water treatment, which is an important part of our sustainability work to minimise our environmental impact,” Strömwall adds. 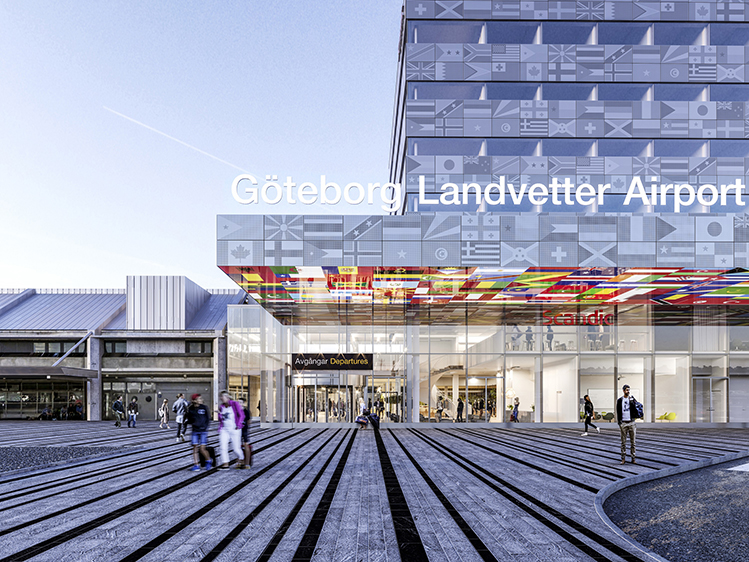 Anna Strömwall, Airport Director, Göteborg Landvetter Airport: “We are building a larger terminal with three new gates connected to the terminal and four new bus gates. We are also building a larger baggage basement with room for new X-ray machines, a new hotel, and are preparing for a single security checkpoint and a railway connection.”

This eco-innovation is mirrored by Göteborg Landvetter’s similarly progressive approach to digital communication, which begins with free unlimited WiFi and a comprehensive social media presence
(30,000 ‘likes’ on Facebook; 5,000+ followers on Instagram; 1,000+ followers on Twitter).

“We work continuously and proactively to map and analyse the customer’s digital needs to give them the right information where it is needed,” says Strömwall. “We use social media as our most important channels. We have also started up projects with Beacon technology.”

As part of its focus on the traveller experience, Swedavia is continuously working on the implementation of a wide range of new self-service solutions, from check-in and bag-drop to automated document control at security and at boarding. “We have also implemented a chatbot that supports passengers with information and automated updates on their flights 24/7,” Strömwall explains. “Swedavia is also actively pursuing innovation and testing new ideas like off-airport bag drop and advanced hand luggage classification and control. The future within automated solutions is the use of biometric technology, which Swedavia is looking into.”

For Swedavia as an airport company and Göteborg Landvetter Airport, Strömwall emphasises that it is important to be a reliable partner and keep on delivering consistent quality for customers. “Göteborg Landvetter Airport will stay as the gateway to the world in western Sweden. We need to continue being a long-term sustainable company. This means our engaged employees delivering customer value at the right cost. Long-term forecasts are that air traffic will double in the next 20 years, and for the business to be climate friendly we are working hard towards fossil free jet fuel and the next generation of aircraft.”