Connectivity: The moment when things really started to blur

For the past 5 years, ACI EUROPE has published its annual Airport Industry Connectivity Report highlighting the ebbs, flows and trends in air connectivity – a key metric of the EU Aviation Strategy. In that time, in parallel to tracking airports’ connectivity, it has also reported the implications of intriguing shifts in airline business strategies. This year’s edition is no exception. Robert O’Meara reports. 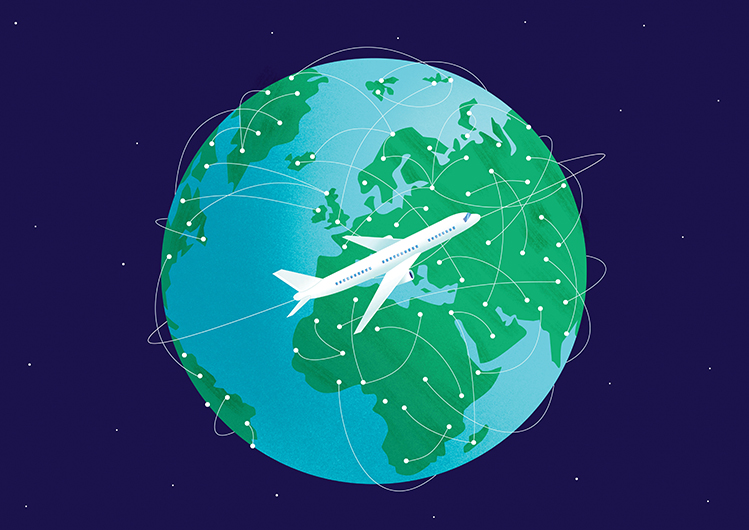 Back in 2014, when Ryanair’s combative CEO, Michael O’Leary announced the airline’s move to serve more primary airports and become nicer and customer focused, there was some scepticism about his sincerity. However, it was all part of a bigger plan to focus on yields, as easyJet had done with impressive success. Gradually, over the intervening years, Ryanair has reoriented much of its operation to serve primary airports – the vast number of routes it is now serving from Frankfurt and Schiphol (two of Europe’s Top 5 biggest airports) are emblematic of this.

According to the findings of the latest ACI EUROPE Airport Industry Connectivity Report, over the past 10 years Europe’s direct connectivity gains (+30%) are almost entirely attributable to Low Cost Carriers (LCCs, +150%) as a result of their dynamic expansion and the near stagnation (+3.6%) of Full Service & Other Carriers (FSOCs). Looking at the EU market alone, LCCs have increased their direct connectivity by +134%, while FSOCs have actually decreased theirs by -6.5%.

In another break of tradition, the recent development of connecting products by easyJet and Ryanair at London-Gatwick, Bergamo, Brussels-South Charleroi and Porto is also giving to these airports new hubbing capabilities, in addition to their initial point-to-point focus. Full Service Carriers can only be thinking that imitation is the sincerest form of flattery.

So the lines are blurring. Airports of all sizes are vying for a slice of that all-important LCC growth. In parallel, airports like Istanbul-Sabiha Gökçen (+2,334%) and Keflavik (+924%) have now established themselves as fully fledged hubs, while Dublin (+409%), Warsaw (+336%), Moscow-Domodedovo (+304%), Lisbon (+156%) and Stockholm-Arlanda (+129%) have also taken a leading position in hub connectivity growth since 2009. All of which essentially reflects an increasingly diversified market where hub connectivity is no longer the preserve of the largest airports or full service carriers.

Find out more about the latest trends in direct, indirect and hub connectivity, in the ACI EUROPE Airport Industry Connectivity Report 2019.