With the growing air travel demand, the need for airports to become more operationally efficient has never been more true. Runway capacity is a real challenge, especially considering the environmental, cost and time implications of building new runways in Europe. However, SESAR R&D is helping airports to optimise their runway throughput with a comprehensive toolkit of technological solutions. Bob Graham reports.

Last year, poor network performance resulted in 19 million minutes of en-route delay, up 105% on 2017, generating an average flight delay per delayed aircraft of 19 minutes, according to EUROCONTROL.

Added to that, the EUROCONTROL Challenges of Growth study 2018 predicts that by 2040, there will be 16 congested airports, compared to 6 in 2016, resulting in 160 million passengers not being able to travel and, according to ACI, a potential economic loss of around €88 billion to the European economy.

How can Europe address this performance deficit considering that building new runways remains a political and environmental challenge often taking more than 20 years?

Can anything be done? 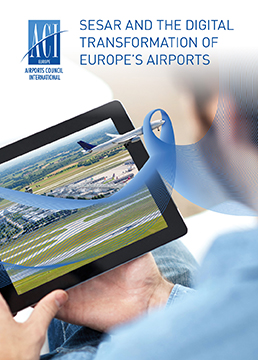 Read more about SESAR R&D targeting airports in the ACI EUROPE publication “SESAR and the Digital Transformation of Europe’s Airports.”

Good news comes from Europe’s research flagship, SESAR, where investment in runway capacity is reaching maturity just when it is needed, ready for deployment at capacity challenged airports.

Both of these solutions address airport arrival and departure inefficiencies by reducing separation spacing between aircraft.

SESAR partners are studying different aspects of the capacity problem, such as environmental concerns due to noise and emissions, and improved airspace user access to airports, including for rotorcraft.

This work will lead to new and innovative procedures, moving noise away from surrounding populated areas, reducing the distance flown, and providing improved airport access for rotorcraft.

The development of these new procedures and technology enhancements is the focus of “Increased Runway and Airport Throughput” (PJ02), a project co-funded by the SESAR Joint Undertaking within the framework the EU’s Horizon 2020 research and innovation programme. This project brings together excellence in research and operations from different segments of the aviation industry from airports and airlines, to air navigation service providers and the air and ground manufacturing industry.

A comprehensive toolkit for runway throughput 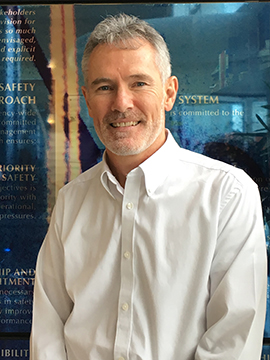 Building on knowledge gained from RECAT and TBS, SESAR partners are putting together a comprehensive toolkit of solutions to bring further capacity benefits. These include the next generation of wake vortex separation minima called “static pair-wise separation” (PWS), which is designed for separating aircraft pairs and which the European Aviation Safety Agency (EASA) is expected to approve in 2019.

Perhaps the most challenging change that SESAR is investigating is how to reduce minimum radar separation from 3NM to 2NM on approach, while maintaining high levels of safety. The solution, known as minimum radar separations based on required surveillance performance (RSP), is heavily dependent on having a surveillance capability in place that can detect, update and accurately display aircraft positions.

Improvements to runway throughput should, where possible, be accompanied by measures to mitigate noise and reduce fuel consumption. SESAR partners are working on a number of enhanced approach procedures (EAP) using increased glide slope angles and displaced runway thresholds that move the airport noise footprint away from surrounding populated areas and towards the airport.

Initial analysis shows that by combining TBS with arrival procedures that incorporate two different glide slope angles and two related landing points, runway throughput can improve by as much as 15%. The numbers speak for themselves!

Work is ongoing on variations of EAP involving increased glide slopes (IGS) and second runway aiming points (SRAP), which SESAR partners expect to deliver next year. Meanwhile, research and testing will continue on other related concepts up to 2023.

As with EAP, the use of curved approaches in terminal airspace using Global Navigation Satellite System (GNSS) technologies for navigation accuracy and continuous descent profiles can reduce noise impact and where possible, can shorten the distance flown, leading to reduced fuel burn and CO2 emissions. In SESAR, this solution is known as the enhanced terminal area for efficient curved operations, which is expected to be delivered in the coming years.

SESAR partners are also working hard to bring improved access into secondary airports in low-visibility conditions (LVC) while driving benefits in safety through better situational awareness. In fact, this solution uses a combination of cockpit vision sensors and safe approach procedures with vertical guidance. The solution is particularly interesting as it offers a low cost alternative to surveillance infrastructure by using video cameras and GNSS-based approaches enabling Cat II operations.

SESAR’s concept of traffic optimisation on single and multiple runway airports drives capacity, fuel efficiency and environmental benefits for both airports and airspace users. The arrival and departure planning and execution phases of flight are organised by a runway sequence manager to support controllers and supervisors to optimise runway use. For those airports with multiple runways, further benefits can be realised by amalgamating airport arrival, departure and runway sequence managers and adding a tactical runway occupancy time (ROT) predictor.

Helicopters have not been left out of SESAR with the solution independent Rotorcraft IFR operations at the airport, providing greater access to helicopter operators by separating rotorcraft and fixed wing operations. The solution employs simultaneous-non-interfering (SNI) rotorcraft procedures designed for helicopters to land and take-off from designated final approach and take-off areas (FATO) that are located away from operational runways. This also brings additional capacity.

Today, a number of the validated SESAR solutions are already in deployment and realising benefits at several European airports, bringing increased throughput, delay reduction and increased operational resilience. Of course, each airport is different with their own geography, layout, traffic mix and challenges. However, SESAR solutions that are under development can work together as a runway throughput package of improvements, bringing benefit to a wider variety of airports.

Bob Graham is the Head of Airport Research at Directorate European Civil-Military Aviation at EUROCONTROL.