Kraków Airport is host of this year’s ACI EUROPE Regional Airports’ Conference & Exhibition, which takes place on 20-22 May. Ahead of the event, Radosław Włoszek, President of the Management Board, gave an overview of developments at Kraków Airport to Nick Preston.

Kraków Airport in Poland served 6.78 million passengers in 2018, making it the second-busiest airport in Poland after Warsaw Chopin. The airport is located about 10 kilometres from Kraków, which is one of the largest cities in the country, a UNESCO World Heritage site, and the capital of Małopolska (Lesser Poland Province). Kraków is also an important academic, tourist and business centre, with one of the largest percentages of foreign residents in Poland. 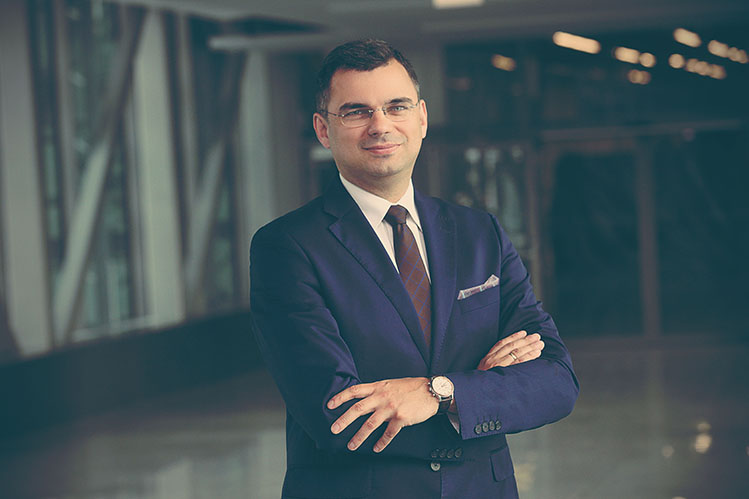 Radosław Włoszek, President of the Management Board, Kraków Airport: “Many renowned Polish and international companies have decided to invest here. Kraków’s economic significance is boosted by its demographics, with a population of about eight million people living within 100 kilometres of the city.”

“Małopolska is a dynamically developing business centre, which is home to nearly 200,000 students across 20 universities,” explains Radosław Włoszek, President of the Management Board, Kraków Airport. “Many renowned Polish and international companies have decided to invest here. Kraków’s economic significance is boosted by its demographics, with a population of about eight million people living within 100 kilometres of the city.”

To make sure it is ready to support future demand, Kraków Airport put forward its General Plan to set the direction of its development over the next 20 years. The investments detailed in this plan could result in an expenditure of up to one billion Polish Zloty (€230 million). The main investment will be in the construction of a new runway, with work due to commence once all relevant permits have been approved. The new runway will measure 2,800 metres by 45 metres. The airport will remain a one-runway operation, with the current landing strip due to close once the new runway opens. Other planned investments include an expansion to the terminal and related modifications to the apron area. Kraków Airport expects that, by 2036, its investment plan will have led to the creation of more than 10,000 additional jobs in the Małopolska region.

“The Master Plan assumes that Kraków Airport will be serving about 12 million passengers annually by 2036,” says Włoszek. “If we want Kraków and Małopolska to attract new investors and tourists, we cannot afford to stagnate, we have to develop the airport all the time. All our plans will be aimed at strengthening Kraków Airport in the leading position among European regional airports. Our priority is the highest quality of passenger service. I am confident that the route network and air traffic developments taking place in the next few years will lead to a growth of the tourist and business power of our region.”

“Our forecasts assume that the airport will welcome 7.9 million passengers in 2019,” explains Włoszek. “From this May, Kraków will become the 26th base for Wizz Air. The first based aircraft will arrive in May, with the second due in September. Kraków Airport passengers will then be able to benefit from 12 Wizz Air routes to London Luton, Kiev, Nice, Turku, Doncaster Sheffield, Bari, Billund, Catania, Larnaca, Kharkiv, Oslo and Kutaisi. Also, in April our base carrier Ryanair will open new connections from Kraków to Bordeaux, Berlin Tegel, Catania, Hamburg, Copenhagen, Szczecin, Bari, Rimini, Thessaloniki, London Luton and Zadar.”

Another notable development for the airport is an increase in LOT Polish Airlines’ frequencies on its service to Chicago O’Hare during the summer season. “We want to keep developing the economic strength of Kraków and Małopolska by facilitating business connectivity,” emphasises Włoszek. “On the one hand, we want to develop eastbound connections to countries such as Ukraine and Georgia, and on the other, there is still a growing demand for flights to cities like London or Munich.”