Plans for one of the largest wind farm developments in Scotland have been given the green light following the installation of a state-of-the-art radar system at Glasgow Airport.

Together with NATS and Banks Renewables, Glasgow Airport has introduced a new radar earlier that can mitigate the impact of the Kype Muir Wind Farm near Strathaven, South Lanarkshire. The development will generate 88.4MW of renewable energy from its 26 turbines.

NATS will manage the dual Terma SCANTER 4002 radar system, which is capable of supporting air traffic control requirements and mitigating the impact of the turbines. The system is now operational and NATS has secured the contract to operate and maintain the service for the 25-year life of the wind farm. 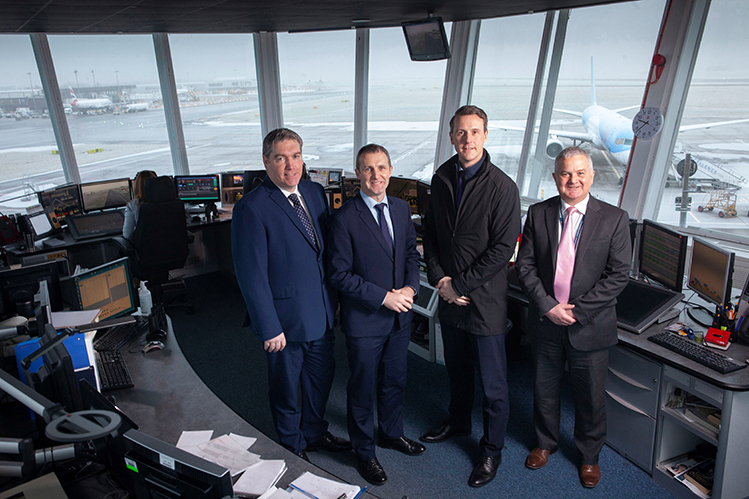 Due to their height and movement patterns, wind turbines can have a range of impacts on navigational systems, including being detected by Primary Surveillance Radar (PSR) and appearing on air traffic control screens. This can have a number of impacts, including distracting controllers, masking ‘real’ aircraft and mimicking the appearance of actual aircraft to the extent that they must be avoided by other aircraft. Such impacts can be detrimental to the safety, efficiency and capacity of the airspace surrounding airports.

As a statutory consultee, Glasgow Airport must assess wind farm development proposals up to 50km away. Importantly, it must ensure any proposed development will not pose a risk to the safety of the 30 airlines who fly over nine million passengers to and from the airport every year.

“We are very pleased to announce that the system is now fully operational,” says Mark Johnston, Managing Director, Glasgow Airport. “For the last three years, the airport’s planning team has been worked extremely hard with our partners from NATS and Banks Renewables to develop this wind turbine mitigation solution in what is a very complex and safety critical environment. As well as resolving the issue with Kype Muir, the mitigation may also have the potential to resolve issues with other future wind farm proposals, which can only be of benefit to Scotland’s renewable energy sector.”

Glasgow was one of the first airports in the world to deploy large scale wind turbine mitigation in the form of infill radar and has continued to innovate by deploying single turbine blanking in response to the increasing number of developments.

As a result, it has approved 90% of the 495 wind turbine applications it received between October 2012 and August 2016. These projects have the potential to generate more than 700MW of energy.