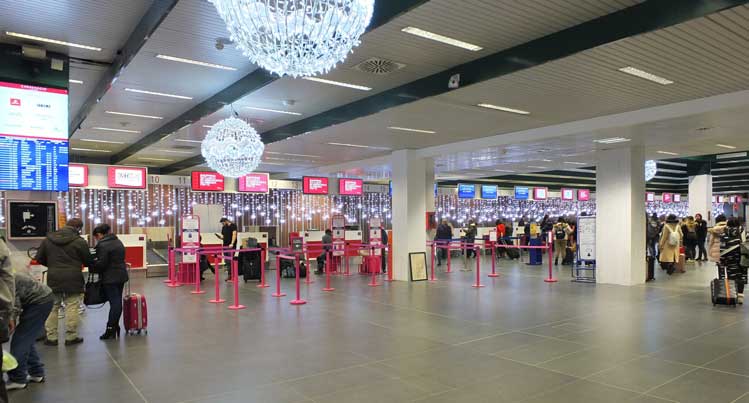 Along with adding more stand capacity, improvements have also been made inside the terminal, with a brand-new reconverted check-in area being opened, with the redesign catering for the growing number of passengers.

Milan Bergamo has recently opened new infrastructure projects further improving aircraft operations, terminal capacity and the passenger experience. Having handled nearly 12 million passengers during the first 11 months of 2018, up 4.9% on the same period of 2017, the opening of these projects comes when the airport is further becoming the leading choice for passengers travelling to and from the Lombardy Region.

“The opening of these stands has come at a time when Milan Bergamo has experienced a 4.16% growth in aircraft movements during the first 11 months of the year,” comments Giacomo Cattaneo, Director of Commercial Aviation, SACBO. “By adding more stand capacity, the airport is further improving the efficiency of the airfield’s operation, benefiting our current and future airline customers.”

Along with adding more stand capacity, improvements have also been made inside the terminal, with a brand-new reconverted check-in area being opened, with the redesign catering for the growing number of passengers.

“We have changed our check-in facilities in order to improve the passenger experience. As more and more people choose to fly from Milan Bergamo, we understood that more needed to be done to cater for them. The changes in the check-in area have created more room, changes which have been done in a creative and sustainable way within the current terminal building infrastructure,” comments Cattaneo.

Moreover, Milan Bergamo is preparing to open a new play area for its youngest passengers, creating a new place for families to relax before flying. Situated on the first floor of the departure lounge, this facility will open for young passengers to enjoy within the first few weeks of 2019. Overall, Milan Bergamo has significantly invested in these projects, with the airport planning to spend an additional €41.5 million in the coming years to further develop and place itself as one of the leading gateways to Milan, and indeed Italy.