The safe and secure integration of drones

Research and innovation is underway in SESAR to ensure that the increase of drone traffic in Europe’s skies can be managed safely, in particular in relation to commercial air transport, writes Florian Guillermet, Executive Director of the SESAR Joint Undertaking.

The rapid growth of the drone market presents many challenges for Europe’s airports. Drone intrusions at airports regularly hit the headlines and airports are taking measures in the short-term to mitigate these, from grounding aircraft when drones are detected to reducing speed of aircraft on approach in order to limit damage in the event of a collision. Drones can therefore have significant impact on the punctuality and the overall capacity of the airport. In the long-term, dealing with drones requires airports to look at systems that will help them to detect, survey, identify drones or enforce trajectories, as well as enable the geo-fencing of the airspace around the airport.

At the same time, these air vehicles could represent new future revenue streams by allowing larger drones transporting freight and maybe eventually passengers to land. This does mean having to rethink surface operations. They can also improve the efficiency of airport operations through the deployment, for example, of small drones asset inspection. 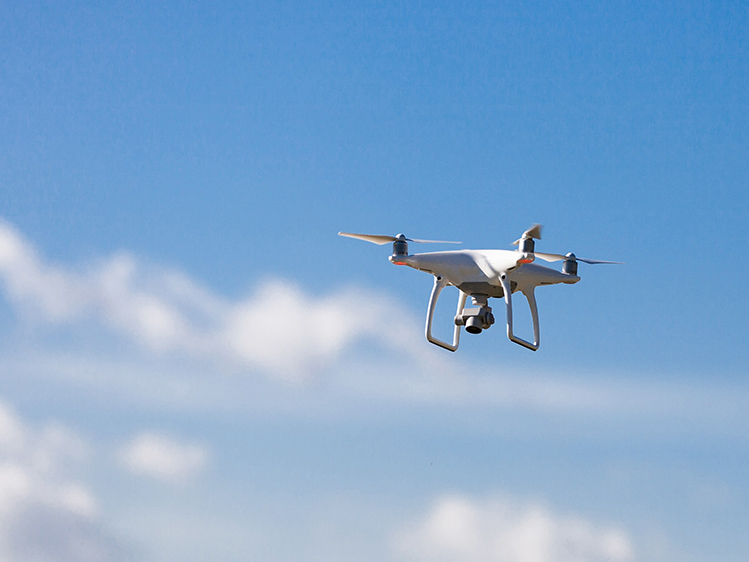 Research and development is underway in SESAR to enable airports, among other stakeholders, to reap the full benefits from drones while also protecting operations against drone intrusions. This is done in close collaboration with EASA within the framework of U-space, an initiative by the European Commission to ensure the safe and secure integration of drones across Europe. The aim of U-space is to put in place a set of new services relying on a high level of digitalisation and automation of functions and specific procedures designed to support safe, efficient and secure access to airspace for a large number of drones, with an initial look at very low-level (VLL) operations.

In this context, SESAR has launched a series of U-space projects addressing everything from the concept of operations for drone operations, critical communications, surveillance and tracking, and information management to aircraft systems, ground-based technologies, cyber-resilience and geo-fencing (see table).

Large-scale demonstrations are also taking place for the most mature U-space services and technologies for visual line of sight (VLOS) and beyond visual line of sight (BVLOS) drone flights. The scope covers operations in rural and urban areas, in the vicinity of airports, in uncontrolled and controlled airspace, and in mixed environments with manned aviation. Projects are, for example, examining how to handle VLL operations where general aviation, commercial aviation and drones share the airspace.

At the same time, SESAR members are investigating how best to integrate large drones into non-segregated airspace alongside commercial traffic, particularly in the approach segment of the airspace near airports. Recent tests took place in Malta, Italy and France with future generation civil cargo drone vehicles inserted into commercial manned traffic. The tests assessed how controllers managed the traffic mix and dealt with some of the specificities of large drones, such as the fact that they travel at a lower speed than conventional aircraft. The results of the exercises are helping the project partners capture the requirements in terms of air traffic control procedures and system support (specific phraseology and human machine interface support), access to relevant data (information related to specific missions and procedures), communication requirements (maximum acceptable latency values) and acceptability of contingency procedures. The tests will also help define suitable training for controllers.

Drones on the surface

Work is also ongoing to enable large drones access to the airport surface, examining their integration with manned aircraft and compliance with air traffic control requirements. These drones are subject to the same rules, procedures and appropriate performance requirements as any other airport user in order to ensure safe airport surface operations. They therefore must be able to interface with ground-based airport systems and demonstrate their ability to act and respond to air traffic control, and other surface users just like conventional manned aircraft also in case of unexpected events.

In this respect, SESAR research and development is focusing on drone “taxi-in” and “taxi-out” operations in both nominal and contingency situations (loss of command and control, loss of communication). We recently brought together air traffic controllers and remotely-control aircraft systems pilot, with human factors, safety and drone experts. Based on their feedback, we will further detail the key safety and performance areas that should be addressed, and to define new operational requirements. Further testing is planned in 2019.

A holistic roadmap for drone integration

SESAR has set out a roadmap for the integration of drones, both large and small. This embeds not just the timeline for U-space for which the initial roll-out is expected in 2019, but it also outlines the steps to be taken to ensure a coordinated implementation of solutions to enable larger drones alongside commercial airspace. The roadmap will be included in the next edition of the European ATM Master Plan, to be published in 2019, supporting the development and delivery of the services and technologies needed to support safe and secure drone management in Europe.

Partners in the CLASS project are researching real-time tracking and the display of both cooperative and non-cooperative drones. As a first step, the CLASS project tested drone detection and tracking technologies during live demonstrations, which took place at the Deenethorpe airfield (UK) in October. The project performed 40 flights and six scenarios in total. The resulting system will provide the basis with which to develop U-space services tailored to end-users, including airports. Advanced services include tactical geo-fencing (where the drone pilot is warned automatically if he trespasses into an unauthorised zone), geo-caging (where the drone pilot is warned that he is leaving a pre-defined zone), conflict detection and resolution.

Meanwhile, partners in the GEOSAFE project are evaluating state-of-the-art geofencing solutions through an extensive flight-test campaign in Pourrières, Bordeaux, Montmagny and Valence in France. The test campaign will employ a number of commercially-available geofencing solutions to address drone behaviour in different situations. The campaign will also perform a technical assessment of the navigation system performance on the efficiency of geofencing.

Demonstrating U-space services in an airport environment in Belgium

Launched in October 2018, the 18-month SESAR VUTURA project will demonstrate a drone shuttle service between a local airport and a business park for package delivery (in both directions) that allows
local business to quickly deliver goods to (and receive goods from) their customers worldwide. The demonstration will include drones from different manufacturers, which will be managed by two different
U-space service providers and will have a procedural interface with air traffic control, since the drones fly close to the airport. Centralised flight planning, tracking and monitoring, as well as dynamic geofencing, automated separation between drones and prioritisation are just some of the services and technologies that the project will demonstrate.

Information Management Portal to Enable the inTegration of Unmanned Systems (IMPETUS) explores how to develop a cloud-based server-less environment that can respond to multiple users with diverse business models, including integration with manned traffic management systems.

Technological European Research for RPAS in ATM (TERRA) aims to define the performance requirements associated with U-space, and to identify the technologies (existing and new) which could meet these requirements. This covers interaction with manned aviation.

CLear Air Situation for uaS (CLASS) focuses on the tracking and surveillance service of U-space. It explores the combination of technologies in a way that data coming from the surveillance of both cooperative and non-cooperative vehicles are merged to enable conflict detection and resolution, and protection of restricted areas (such as airports).

Sense and avoid technology for small drones (PercEvite) – aims to develop a sensor, communication, and processing suite to increase the level of drone automation in the detection of cooperative and non-cooperative obstacles on ground and flying.

Advanced Integrated RPAS Avionics Safety Suite (Airpass) will examine the range of technologies on-board the drone itself (i.e. detect and avoid systems for cooperative and non-cooperative traffic, autopilot systems and CNS systems, including safety mechanisms as geo-fencing) that are needed, or that need to be developed, in order to implement U-space operations.

An Integrated Security Concept for Drone Operations (SECOPS) addresses resistance of drones against unlawful interference, protection of third parties and integration of geo-fencing technology. The project investigates technological options for both airborne and ground elements, considering legal, as well regulatory and social aspects.