Sevilla Airport embarking on “most ambitious transformation in nearly 30 years” 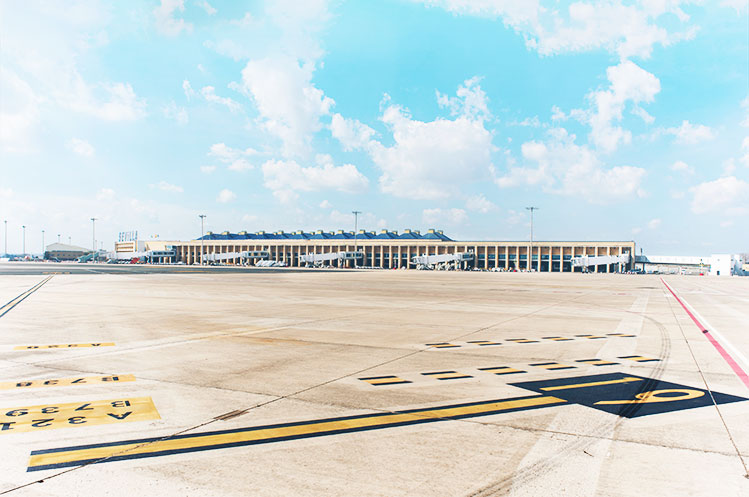 For Sevilla Airport, the ACI EUROPE Best Airport Award in the ‘5-10 million passengers’ category is recognition of an enormous effort over the last five years to improve the quality of the facilities, as well as the services offered to airlines and passengers.

A quality plan launched in 2014 saw the emergence of 100 initiatives, with new ones added as each is completed. Since then, over €4.4 million has been invested in these initiatives, such as opening and expansion of the VIP lounge, refurbishment of boarding lounges, expansion of passenger screening, and installation of automatic boarding pass readers, to name just four.

The next major project is the transformation of the terminal building, which Jesús Caballero, Director, Sevilla Airport, describes as “the most ambitious we have undertaken in nearly 30 years”. Plans are currently being finalised, with the aim of going out to tender in Q4 2018. Works will then begin in Q1 2019 and be completed towards the end of 2021.

“This transformation will allow us to modernise our facilities, streamline airport processes, offer airlines more efficient stopover times, and move from a declared operational capacity of 6.5 million passengers per year to more than 10 million,” Caballero explains.

Indeed, the expansion will accommodate a rapidly-growing throughput. Passenger numbers rose by 27% to over three million in the first half of 2018. Coupled with a 30.6% increase in seats scheduled by the airlines for the summer season, this suggests 2018 will again be a record year for the airport. 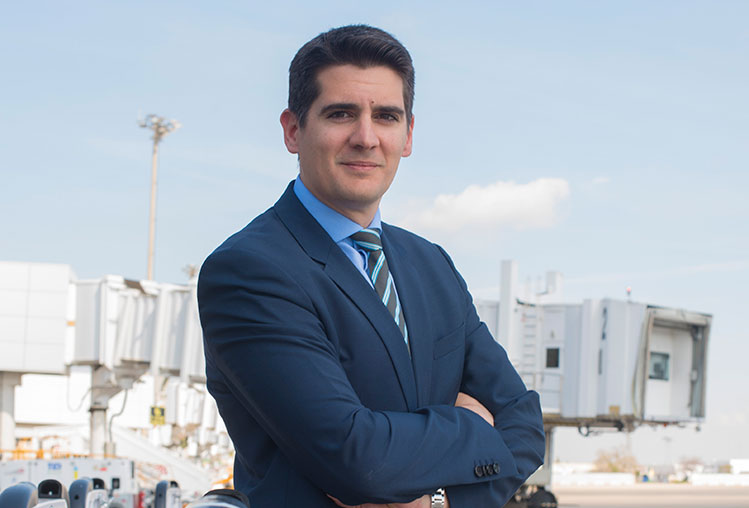 Jesús Caballero, Director, Sevilla Airport: “At the moment, we are working on a new 200sqm expansion of passenger screening, incorporating new support furniture to make passenger transit a more comfortable experience, as well as 30% more capacity.”

“Passenger screening and passport control represent two of the most tedious processes for travellers passing through an airport, so our work has been aimed at streamlining both processes,” says Caballero. “In the case of passenger screening, in 2014 we carried out a first expansion that allowed us to increase our operational capacity by 50%. This project also included the installation of automatic boarding pass readers and screens with passenger information concerning objects that should be placed in the trays.”

Staffing has been reinforced at peak times, and an awareness campaign developed to ensure attentive, friendly treatment of travellers by security staff.

“At the moment, we are working on a new 200sqm expansion of passenger screening, incorporating new support furniture to make passenger transit a more comfortable experience, as well as 30% more capacity,” Caballero comments. “As for passport control, we have added four new cabins – two in arrivals and two in departures – and in a few months we will also have automatic readers.”

Sevilla is a family-friendly airport, with dedicated spaces especially designed for children at the boarding gate areas. “The objective that underlies each improvement we undertake at Sevilla Airport is to offer the passenger the most satisfactory experience possible in their transit through our facilities, and that means thinking about their children,” says Caballero. “Details such as the installation of children’s games, the availability of toilets with changing facilities, or access to security screening specifically designed for baby strollers, all contribute to facilitating the movement of families through our airport.”

The awards judges also noted the airport’s comprehensive communication strategies at local, national and international level, which have enhanced and developed relations with the local community. This includes school visits; open days for plane spotters; guided tours for groups with special needs; support for students of Aeronautical Engineering, Journalism and Tourism in their university projects; the promotion of reports, interviews and radio and TV programmes; videos for the Aena YouTube channel; and meetings with local institutions responsible for promoting Sevilla as a business and tourist destination.

Connecting Sevilla with the World

Sevilla Airport has worked intensively in recent years to promote connectivity, establishing the ‘Connecting Sevilla with the World’ working group in collaboration with local business and tourist institutions.

“The capture of air traffic does not depend exclusively on the airport,” says Caballero. “The demand that the destination is capable of generating, and the guarantees that we can give to an airline that its flights will depart and arrive with a good occupation rate, are highly influential factors. Hence the importance of this working group, which has allowed us to join forces, take advantage of synergies within the competencies of each of its members, and draw up a common strategy.”

The airport also provides marketing support, with promotional events for new routes, as well as competitive airport charges, with incentives for the introduction of new routes and increased passenger numbers.

Last year alone, over 20 new routes were launched and Sevilla Airport surpassed five million passengers for the first time in its history. “All this has been part of a development that has allowed us to greatly diversify the number of operational airlines in our facilities, and also the markets for which we offer connections,” Caballero explains. “In 2011, only 30% of our passengers were flying from or to an international destination, while in 2017 that proportion was 46.6%. Because of this, we have gone beyond our strong dependence on the domestic market and achieved a more balanced traffic distribution, without any detrimental impact on our domestic services.”

Among the standout new routes in 2017 were Kraków and Warsaw – Sevilla’s first direct services to Poland. “On the other hand, Eastern Europe is one of the markets in the spotlight regarding ongoing growth,” Caballero adds. “The increase in connectivity with Germany and the UK was also very important, as these are two destinations with which there is a significant latent demand.”

The great challenge ahead of Sevilla Airport right now is the refurbishment of the terminal building and the repaving works for the runway, which have to be combined with its usual airport operations. “In this sense, our priority will be to ensure that the process is as comfortable and trouble-free as possible for passengers and airlines. We will also keep working on new routes and continue to improve the experience of our passengers,” Caballero concludes.