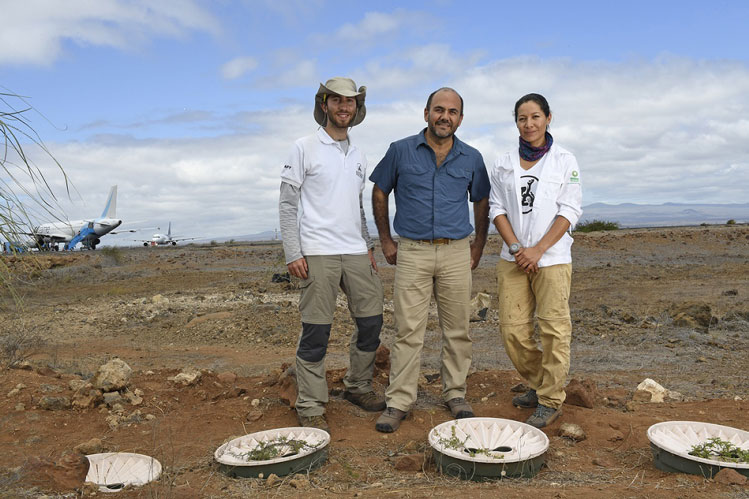 Jorge Rosillo, General Manager at Galápagos Ecological Airport: “It is a great honour for us to receive this certification at Level 3+ Neutrality as the first airport in Latin America & the Caribbean.”

Geneva Airport and Galapagós Ecological Airport are the latest to achieve carbon neutral status through ACI’s Airport Carbon Accreditation. There are now carbon neutral airports in every region of the world, marking the global airport industry’s efforts towards addressing its CO2 emissions.

Jorge Rosillo, General Manager, Galápagos Ecological Airport, said: “It is a great honour for us to receive this certification at Level 3+ Neutrality as the first airport in Latin America & the Caribbean. Most importantly, our Neutrality status is the fruit of a group effort. The support for our ecological approach to running an airport came from all levels of our organisation – from the top management at Corporación América to each and every employee, who takes pride in being part of Galápagos Ecological Airport. At the same time, the whole process of measuring and reducing our carbon footprint was facilitated by the intelligible framework provided by Airport Carbon Accreditation.”

André Schneider, General Manager of Genève Aéroport, added: “We take pride in being able to say that we have delivered on the commitment we made last year, to reduce the net emissions under our control to zero. Now that we have reached Level 3+ of Airport Carbon Accreditation, we intend to continue our work on the various environmental aspects of our operations with the same zeal.”

In addition to reducing their carbon footprint through energy efficiency measures and the use of renewable energy, these airports invested in carbon offsets funding biomass and cook stoves projects, purchased under the UNFCCC Clean Development Mechanism (CDM) and Gold Standard. 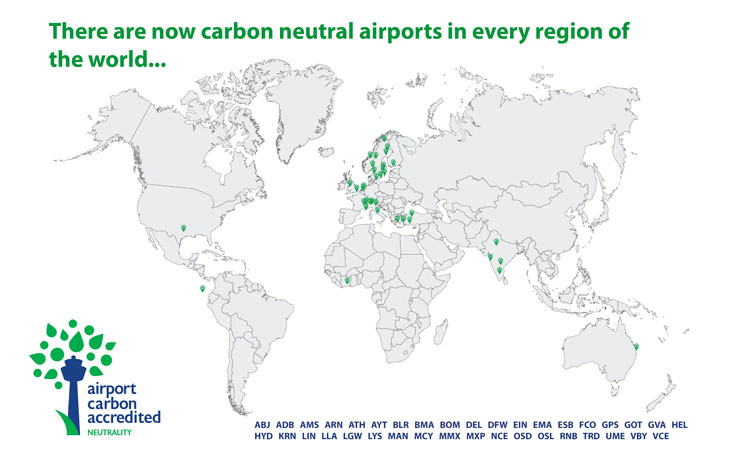 In Africa, there are now 10 airports certified at one of the 4 levels of Airport Carbon Accreditation; 41 in Asia-Pacific; 118 in Europe; 8 in Latin-America & Caribbean, and 34 in North America.

Angela Gittens, Director General, ACI World, explained: “An impressive 3.2 billion air passengers now travel through airports certified at one of the 4 levels of Airport Carbon Accreditation – a testament to how much the programme has helped mobilise airport operators towards addressing their carbon footprints. Airport Carbon Accreditation is enabling a multi-speed effort now involving 211 airports across the world and it’s inspiring to see the level of innovation and diversity with which airports are working to reduce their emissions.”

She added: “I would particularly like to congratulate Genève Aéroport and Galápagos Ecological Airport on achieving carbon neutral status – this marks the moment from which there are now carbon neutral airports in every ACI region of the world. This really sends a message to the wider world that carbon management is a valid consideration for every business no matter where they are located.”

In Africa, there are now 10 airports certified at one of the 4 levels of Airport Carbon Accreditation; 41 in Asia-Pacific; 118 in Europe; 8 in Latin-America & Caribbean, and 34 in North America.

Javier Martinez Botacio, Director General, ACI-LAC, also commented: “This is a landmark moment for us in the ACI-LAC region – I sincerely congratulate Galápagos Ecological Airport on their success in becoming the first carbon neutral airport in the region. More than that, we are very encouraged by the fact that the learnings and efficiencies achieved through their carbon management journey up to Level 3+ will ultimately be implemented by airports across the region.”