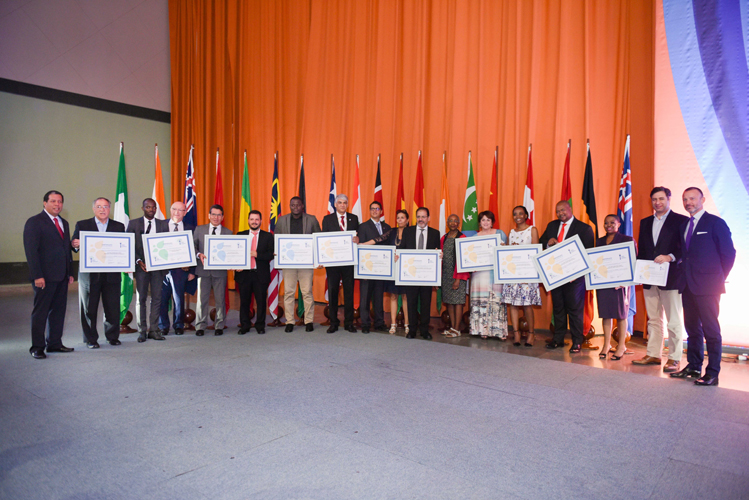 A number of airports received their certificates at a dedicated Airport Carbon Accreditation ceremony during this year’s ACI WAGA in Mauritius.

At this year’s ACI World & Africa Annual General Assembly (WAGA) hosted by Airports of Mauritius, the global airport industry issued an update on the progress it has been making in addressing its CO2 emissions, through the independent and voluntary global certification programme, Airport Carbon Accreditation.

ACI also released the annual report for Airport Carbon Accreditation, for the period between May 2016 and May 2017, showing how the global airport industry is delivering on its commitment to lower its own CO2 emissions.

Angela Gittens, Director General, ACI World, commented: “This past year has seen continued engagement from airports – with 36 new applications to Airport Carbon Accreditation and more airports reaching a higher level of certification within the programme. As a result, we are able to announce that we now have 201 airports participating in Airport Carbon Accreditation. These airports welcome over 39.6% of global air passenger traffic. To put that into context, that means more than 2.8 billion passengers now travel through airports certified at one of the four levels of the programme.”

The latest airport to enter the programme is Townsville Airport in Queensland, certified at Level 1 Mapping.

Gittens added that: “From May 2016 to May 2017, accredited airports succeeded in collectively reducing the CO2 emissions under their direct control by 202,184 tonnes of CO2 – that’s equivalent to the CO2 emitted during the lifecycle of over 2.1 million iPhones.”

Niclas Svenningsen, Head of the Climate Neutral Now initiative at the United Nations Framework Convention on Climate Change (UNFCCC) Secretariat, also commented: “People are aware of the public conversation about climate change between governments and the work underway to forge and implement policies that support a sustainable future, but effective climate action also relies enormously on an innovative and proactive private sector – and Airport Carbon Accreditation is a really good example of that. By providing a clear, yet ambitious framework that accommodates the multi-speed nature of airports’ efforts across the world, this is actively encouraging and stimulating a collective effort by the global airport industry – one that is also engaging other aviation stakeholders to get involved as well. Something other industries and sectors would do well to try to foster.” 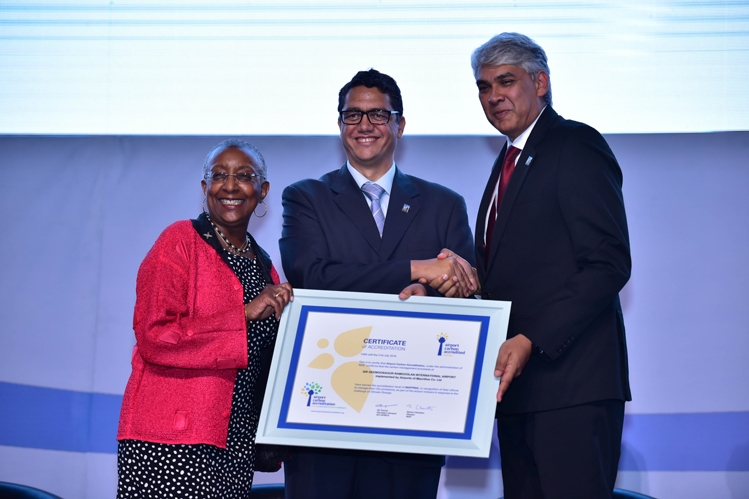 Participation growth in the African continent has been particularly remarkable – going from three airports in the programme a year ago, to now 10 accredited airports. These airports welcome 28% of African air passenger traffic. An additional six US airports also became certified for the first time, and US airports were also major contributors to the overall reduction of CO2 emissions achieved last year – with Dallas Fort Worth becoming the first airport in the Americas reaching carbon neutral status. These achievements reflect the continued commitment of US airports to addressing climate change, despite the withdrawal of the US from the Paris Agreement.

A number of airports received their certificates at a dedicated Airport Carbon Accreditation ceremony during this year’s ACI WAGA in Mauritius: