Self-tagging an “integral part of the future” 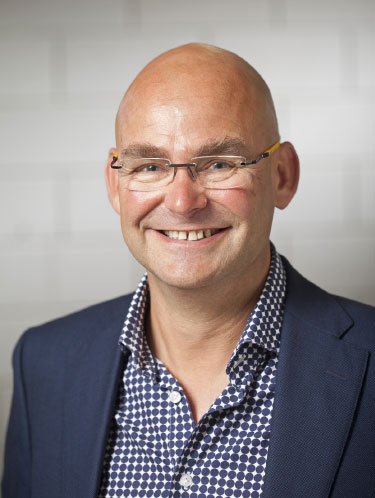 Borry Vrieling, Founder and Managing Director, eezeetags: “We are very proud to say that just recently, in close cooperation with Materna, we became part of the rollout of what will become the biggest self-service bag drop application in the world at Gatwick Airport.”

Self-service technologies are increasingly prevalent within airports, and self-tagging is one initiative that is experiencing a surge in airports globally. Each self-service initiative has the same aim – to increase terminal capacity, improve the passenger experience, reduce operational costs, and optimise passenger revenue.

This ethos rings true for eezeetags, which offers high-quality bag tags and proudly declares itself as “the future of self-tagging”. Over the last five years, eezeetags has become a proven technology and is being rolled out in airports all over the world. It is present in several airports in Europe, including Amsterdam Schiphol, Frankfurt, Munich, Hamburg, Edinburgh, Birmingham, Southampton, Manchester, Belfast, and Luxembourg, and there are plans to expand further into Europe in 2016. eezeetags will also be trialling the tags at airports across the US and Asia, with Seattle-Tacoma Airport confirmed to trial the tags from January 2016.

Most recently, eezeetags have been rolled out in London Gatwick’s North Terminal. “We are very proud to say that just recently, in close cooperation with Materna, we became part of the rollout of what will become the biggest self-service bag drop application in the world at Gatwick Airport,” stated Borry Vrieling, Founder and Managing Director, eezeetags. 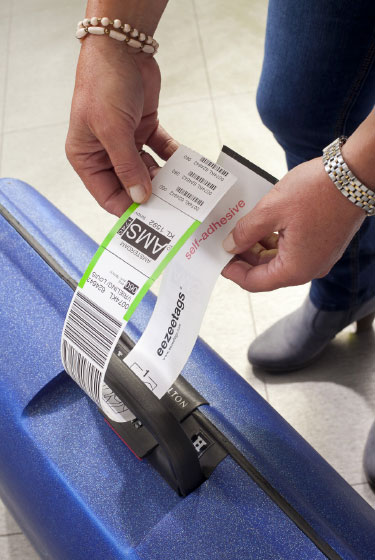 The benefits of using eezeetags are myriad – for the customer, they are easy to apply and easy to remove; and for the airports, they are strong enough to withstand baggage handling systems.

Initially the tags were introduced exclusively for easyJet passengers, but from Spring 2016 the tags will be rolled out alongside 48 self-service baggage drop kiosks, which are being installed as common use application.

In combination with a self-service bag drop process, eezeetags create a seamless bag drop experience for the passenger, and provide flexibility for every stakeholder, including airports, airlines, and self-service bag drop vendors. Vrieling explained that bag drop installation vendors actively promote eezeetags because they recognise the benefits of using the tags for the full self-service application. “What eezeetags do is guarantee the airport or airline that the tag will not be the weakest link in the total application. I am confident to claim that eezeetags helps every bag drop application, independent of bag drop supplier or system, and it lives up to the expected KPIs in the business case. I always name this the 1+1=3 effect,” he said.

eezeetags have no backing that needs to be pulled away to expose the adhesive, resulting in a straightforward application and less wastage. Instead, each tag has a “magic adhesive” that sticks to itself and nothing else, ensuring that they are not tagged in the wrong way. The benefits of using eezeetags are myriad – for the customer, they are easy to apply and easy to remove; and for the airports, they are strong enough to withstand baggage handling systems.