In 2018 the 21st FIFA World Cup will take place in Russia – the first time that the globally revered football tournament will be hosted in the country, and in preparation investments both public and private are being made into the wide-ranging development of its national infrastructure – into modernisations across every sector that will prepare it for the millions of domestic and international visitors the competition is expected to draw.

Among the most significant developments taking place is the creation of the new Yuzhny Rostov-on-Don Airport. The first airport to be built from scratch within Russia for a considerable number of years, the potential of the gateway extends far beyond the FIFA World Cup. It marks a turning point for the nation’s aviation industry, and is a landmark development for the prosperity of the south of the country. 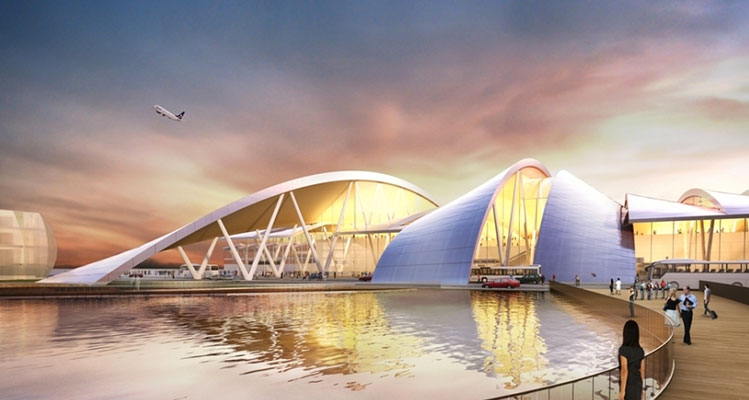 The existing Rostov-on-Don Airport is presently the 11th largest airport by passenger traffic in Russia, while the new greenfield site, which will replace it following the FIFA World Cup in 2018, has the potential to become a primary air transport hub for the south of Russia.

The new gateway will be constructed 29km from Rostov-on-Don city in southern Russia, on a greenfield site selected for its spaciousness and distance from the city; the new airport will replace the existing Rostov-on-Don Airport which now, handling 2.3 million travellers annually, has exceeded its passenger capacity, and due to its location in the city centre has tightly limited potential for expansion. The modern new airport will unfurl a wealth of opportunity for the region. At 50,600sqm – almost three times the size of the existing facility, its terminal has the capacity to handle annual throughput of five million, while longer runways will facilitate the addition of more far-reaching destinations to the region’s route network, and enable more frequent flights out of the gateway – a growth in connectivity that will be of fundamental importance to the Rostov-on-Don area. 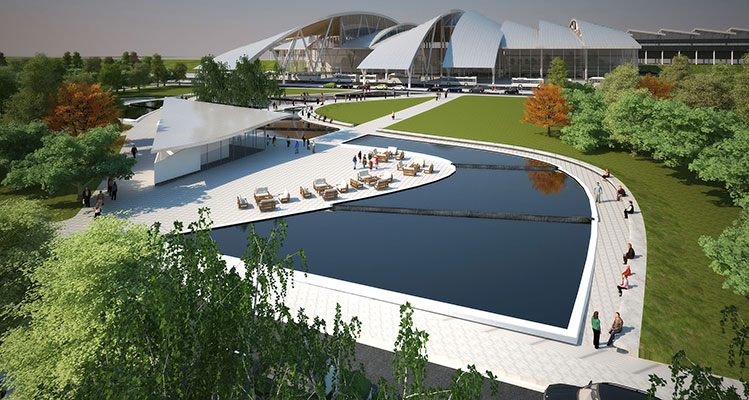 Designed by British firm Twelve Architects and Masterplanners, the new Yuzhny Rostov-on-Don Airport makes reference to the River Don – and the early origins of the city – through the design of a water-based central landscape feature that connects the airport terminal to the neighbouring train station, car park, hotel and office buildings.

“A project of such scale in Russia presents wonderful opportunities for our Group to further develop our airport portfolio, because Rostov-on-Don is a prosperous region in Russia, and we believe that in the future when we will build this new airport it has a real strong potential to become the southern hub of the Russian Federation,” said Evgeniy Chudnovskiy, General Director, Airports of Regions – the private investor that will develop and later manage the airport following the completion of its construction at the end of 2017. 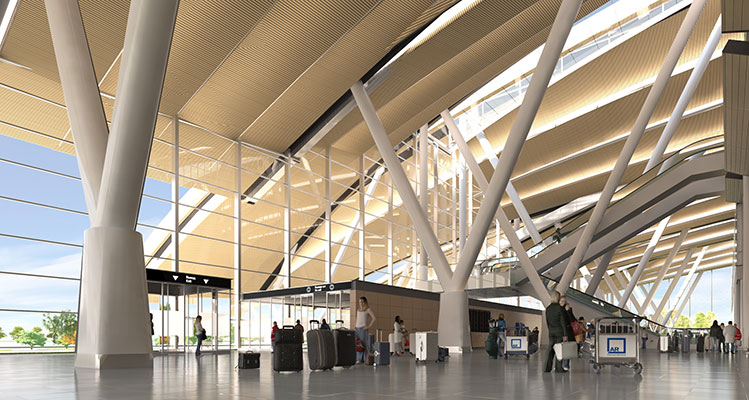 The concept for the new airport’s terminal is inspired by the analogy that an airport is a ‘sky-bridge’, connecting cities and countries. This is realised through the design of the roof, which is formed from a series of elegant bridge arches.

The new Yuzhny Rostov-on-Don Airport is being developed by a public-private partnership between the Ministry of Transport of the Russian Federation, Rostov Government and Airports of Regions – one of the biggest airport holdings companies in Russia, and the operator of Nizhny Novgorod, Samara and Yekaterinburg airports. Airports of Regions will invest more than RR19.7 billion (€360 million) in the construction of the airport terminal and related infrastructure, including passenger-processing facilities, the cargo terminal, and commercial and parking facilities.

A further RR18 billion (€330 million) invested by the Russian Government will fund the construction of the airfield infrastructure, including the runway, taxiways and air traffic control tower, while an investment of RR4.5 billion (€100 million) from the Government of the Rostov Region will account for the construction of access roads, including the impending development of a dedicated highway connecting the airport to the city.

“So far we have completed the design phase of the airport’s development, and have received all necessary approvals from the Russian state, meaning that at end of last year we obtained the permission to begin construction of the project,” Chudnovskiy explained. “We are currently in the process of selecting the general constructor for the project and our plan is that, by the end of the first half of this year, we will have completed the selection process to start the construction phase in the second half of the year.”