Editorial: Quality & Efficiency are where it’s at 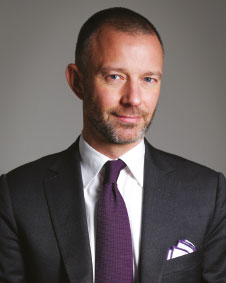 These past months have seen air traffic keeping its growth trajectory throughout Europe, only dented by pilot strikes – most notably in France – and geopolitical tensions in Ukraine and Russia. Indeed, 2014 is set to be a pretty good year, significantly beating our best traffic forecasts.

Yet, Europe’s airports have never felt so much competitive pressure. This pressure is primarily driven by structural changes in the aviation market – with Low Cost airlines now accounting for more than 46% of the capacity offered on intra-European routes and Full Service airlines adapting their business model to make it more flexible, efficient and dynamic.

The impact for airports is real – not least on their finances. This year, headline charges levied on airlines by European airports have decreased by -1.13%. This is without even taking into consideration additional reductions coming from incentives and bilateral contracts – which are now widespread. Overall, these charges now only account for 14% of total airport revenues, down from 21% in 2008. Airlines and passengers have never paid the full cost of the ground facilities they use, but it is clear that airports are now subsidizing them more than ever before.

Part of the solution has always been about developing non-aeronautical – commercial revenues. When people wonder why airports look like shopping malls, they forget that this is what increasingly pays for the infrastructure. But commercial activities have also come to face their own challenges: from weaker consumer spending to fierce off-site competition for both retail and parking as well as airline cabin bag limitations or regulatory restrictions to the sale of certain products.

All this means that to protect and reinforce their own competitive position, airports are now focusing on quality and efficiency. This involves redefining their airport experience with the passenger at its core. This “passenger first” mantra in turn means responding to sociological trends and embracing new technology, in particular digital. This allows airports to provide value added services and also establish a direct connection with the passenger. No surprise then that over the past years, WiFi at the airport has gone from being special to being expected – and there are now over 50 branded European airport apps putting live information about more than 160 airports, in the palm of the passenger. Airports have also taken to social networks en masse with incredible results in terms of promoting and delivering their own experience – rather than a commoditised service.

Behind the scenes, Europe’s airports are also working very hard on operational efficiency – both for passengers and airlines. They are leading the way globally for A-CDM (Airport Collaborative Decision Making) implementation – delivering better punctuality and fuel savings though an average of 3 minutes reduced aircraft taxi-ing time. They are also front runners for CDO (Continuous Descent Operations).

ACI EUROPE is actively supporting these efforts and our 9th AIRPORT EXCHANGE multi-conference platform taking place this November in Paris will precisely showcase what airports are doing, both in terms of customer service and operational efficiency – across our continent, but also in the Asia Pacific region. But quality and efficiency are concepts that are often moving at their own pace too, evolving thanks to innovation and collaboration. That’s why alongside the latest results of our Action Plan with EUROCONTROL on A-CDM, AIRPORT EXCHANGE will also see the official launch a new joint EUROCONTROL & ACI EUROPE standard on CEM (Collaborative Environmental Management) and provide updates on several strategic issues, including the imminent beginning of the deployment of SESAR – tomorrow’s innovation.

As we will all be in Paris and since the passenger experience is something that Aéroports de Paris is very passionate about, it is only fitting that their CEO & Chairman, Augustin de Romanet, is our lead interview. France is the most popular tourism destination in the world (85 million tourists visited it in 2013 – that’s 15 million more than the USA). As the operator of two of its primary gateways, Aéroports de Paris is doing a lot to stay ahead of the curve – come up with groundbreaking initiatives and campaigns, to make quality a hallmark of the passenger experience.