What do we know about the new Beijing Daxing International Airport?

Winning the competition for the design of Beijing Daxing Airport is a huge bonus for ADPI which last year also won the contract to design the new terminal at Hainan’s Haikou Meilan Airport scheduled to open in 2020. 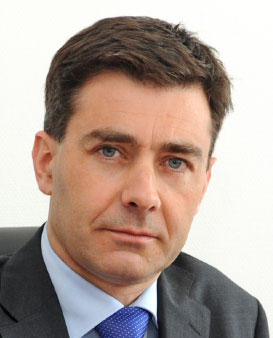 Guillaume Sauvé, CEO, ADP Ingénierie (ADPI), the design and engineering subsidiary of Aéroports de Paris Group and winner of the terminal design competition for the new Beijing Daxing International Airport: “We have worked a lot on the internal planning of the terminal, especially its compact design which will feature a stacked, two-level departures area.”

The news that came on 16 September was very precise: “ADP Ingénierie [ADPI – the design and engineering subsidiary of Aéroports de Paris Group] wins the competition for the design of Terminal 1 at the new Daxing Beijing International Airport.” What is known about Beijing Daxing International Airport is that it is one of the new breed of mega-airports along with Istanbul Grand Airport (IGA) and Dubai World Central Al Maktoum Airport (DWC), which are successfully challenging the world domination of the big airports in the US and Northern Europe.
Each of these airports has plans for at least six runways each, and each has been billed as a likely “world’s biggest”. Indeed, Dubai’s existing airport snatched the crown of biggest international airport from Heathrow earlier this year, while Istanbul’s current main airport – Atatürk – will also overtake Amsterdam to become Europe’s fourth largest airport before the year is out (and could pass Frankfurt for third place in 2015).

But plans for the new Beijing Daxing Airport are least known. Since the award to ADPI, many reports have been speculative and inaccurate – including publishing pictures of the unsuccessful Foster + Partners design.

Much of what is currently being quoted about Beijing’s new International Airport Daxing is based on the 2011 award of the airport master plan to NACO (Netherlands Airport Consultants) for a concept defined as having “a capacity to handle up to 130 million annual passengers [and] a total of eight runways”.
In this interview with Airport Business the ADPI CEO Guillaume Sauvé explained: “In 2010 the client [Beijing New Airport Holding (BNAH)] conducted a study with four contestants for the master plan. The client has worked to deliver a master plan which accommodates influences from the four designs, so the master plan is led by the client.”

Indeed, ADPI submitted two alternative designs – one for a radical, “underground airport” with a “movement-free airfield”, as well as a more conventional option. “I can say that the [current] solution is more conventional,” Sauvé disclosed.

Many of the plans are still confidential. “We are now working on a process of optimisation of our proposal, working with the client to fine-tune the image – so there is no image at the moment. But I can say we have worked a lot on the internal planning of the terminal, especially its compact design which will feature a stacked, two-level departures area – a compact building producing a very efficient envelope which will be largely lit by natural light. If we were to keep to only one level for departures it would become too large for 45 million passengers,” he continued. “Our targets were to minimise walking distances to make sure that no departing passenger walks further than 600 meters without using the people mover.”

While elements of the building’s design have yet to be unveiled, the precise role of the airport has not yet been made fully clear either – including the range of international or domestic services which will be transferred from the existing airport. Sauvé says this will not prevent ADPI from being able to future-proof the design. “The advantage of Aéroports de Paris Group is that we have considerable operational experience of this.

Working in partnership with China Southwest Architectural Design and Research Institute and the China Railway Design Institute, ADPI also won the competition to design and develop Terminal 3 at Chongqing Jiangbei International Airport in 2011. Phase 1 of the project will increase the airport’s capacity to 45 million passengers per year by 2020.

In Paris we are operating in some terminals which opened in 1974 but which today are serving A380s – events that could not possibly have been anticipated. So we have to remain flexible, especially in the early stages of the design, so that the terminal is adapted to the trends of the aviation market. Our duty as designers is to make sure that the terminal can accommodate such change. We know we have 82 gates so we will be able to adjust to any solution of traffic allocation.”

Assimilation of technologies extends to the latest means of transferring passengers from high speed rail and downtown transportation links, which will be assimilated into the terminal design. “The terminal plans include the Ground Transportation Center – the GTC – to allow proper access. The client is driving and progressing this and ensuring that every step is organised and approved. But the two items – the air terminal and the GTC – are fully integrated; the two will work completely together,” Sauvé explained.

ADPI has previously won other major contracts in China, including the master plan and design studies for Terminal 3 at Chongqing Jiangbei International Airport in 2011, and the contract to design the new terminal at Hainan’s Haikou Meilan Airport in 2013. Despite the fact that many things about Beijing Daxing Airport are yet to be announced, one thing is entirely clear – winning this competition is a huge bonus for ADPI. “This award, after such sharp competition, marks a major step for Aéroports de Paris Group in China,” Sauvé said. “A very important move, as Shanghai Pudong was a long time ago, the market in China is huge and Beijing Daxing is obviously especially important for ADPI in this market. Beijing Daxing is the most important reference.”