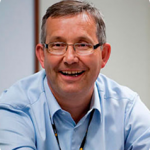 Passenger numbers at Oslo International Airport are flourishing, as more and more travellers choose to fly to the Norwegian capital in response to a burgeoning route network, a history of high efficiency and punctuality, and continued efforts to drive tourism to the city. As traffic booms the airport moves ever nearer its capacity limit, and in order to meet the needs of its increasing throughput, and future-proof its facilities for further growth, Norway’s largest airport is expanding. It is presently just over halfway through an all-encompassing NOK14 billion (€1.7bn) series of developments to its landside and airside infrastructure, which will increase its present annual capacity of 23 million to 28 million passengers when it is completed in 2017.

The main features of the Terminal 2 expansion are twofold. It will incorporate the continuation of the existing central building, presenting itself as a single terminal with the connecting railway station centrally located, while the implementation of the new Pier North will introduce the concept of flexible gates for both domestic and international traffic. Artist’s projection: Nordic — Office of Architecture / Team_T AS.

The addition of the Terminal 2 expansion to the 148,000sqm airport will almost double the size of the facility, delivering an additional 117,000sqm of space. The extension will also bring new departures and arrivals areas, a new train station and a new baggage handling facility. In addition, the development will also see the construction of a new pier to accommodate more aircraft gates, and a remote parking facility. While the landmark development will vastly strengthen the airport’s ability to deliver an extraordinary experience for its passengers, it is very important that the transformation didn’t change the overall character of Oslo International Airport. “We are not building a new ‘stand-alone’ terminal building,” stressed Dag Falk-Petersen, CEO of the airport’s operator Avinor. “The T2 project concept is to add on more capacity to the existing terminal building. This will allow our passengers to keep the current short walking distances within the expanded terminal.” Avinor’s intention, he explained, is that passengers see and feel that Oslo International is one airport, not two.

When completed, the newly constructed Terminal 2 will have the same characteristic roof and volume as the current Oslo Airport building, and represents the further development of Norwegian building traditions, with extensive use of natural materials and restrained, minimal solutions. Artist’s projection: Nordic — Office of Architecture / Team_T AS.

“The development phase incorporates the construction of a new central building, Central Building West, with 34 more check-in desks, additional commercial facilities and offices, 12 more security check lanes, a new baggage hall with five belts for domestic arrivals, a brand new baggage system to serve the new facilities and the reconstruction of the railway station, which will feature an even more central location in the terminal building and improved passenger flow,” Falk-Petersen described. The expanded railway station is being designed to facilitate an ambitious public transport target of 70%. In 2013, 65% of passengers used public transport to travel to and from the airport.

Within the newly expanded terminal a number of leading edge technologies will also be implemented to enhance the experience of passengers and streamline operational processes, incorporating:

At airside meanwhile, apron areas have been expanded and the central taxiways have been rearranged to make space for the new pier – Pier North, which features an additional 11 gates. Nine of the new gates are being built for flexible use between domestic and Schengen traffic, which means that the airport will effectively have the use of 20 new gates with the introduction of the North Pier. “The gates will be used efficiently, especially for the aircraft loops between domestic and Schengen destinations,” Falk-Petersen said. The area between the middle part of the existing terminal and the new Pier North will include a major new shopping area, and much of the new 20,000sqm of commercial facilities that will be implemented at the airport between now and 2017 will be located there.

Addressing the need for capacity

Work on Terminal 2’s expansion is now 55% complete, and the “new Oslo Airport” will become fully operational in April 2017. The opening cannot come soon enough for the swelling number of passengers that are passing through the airport; the exponential growth that has taken place during its reconstruction has far exceeded that which Avinor expected when building began in 2011. Between then and the end of the expansion period, 17 million more passengers than were anticipated will have travelled through Oslo Airport.

Throughout 2014, passenger numbers have continued to climb, creating new passenger records every month. Latest figures demonstrate that in June Oslo Airport experienced a 9.7% increase compared with June 2013, while in July close to 2.4 million passengers flew to and from Norway’s primary gateway – a rise of 4.9% compared with the previous year.

The expansion of the airport’s 148,000sqm Terminal 2 will almost double the size of the facility, delivering an additional 117,000sqm of space within the terminal, which will also receive new departures and arrivals areas, a new train station and a new baggage handling facility.

When the terminal is eventually enlarged following this phase of development, Falk-Petersen explained, passengers will have more space both before and after the security checkpoint. “We expect less queuing and better passenger flow due to the increased area, and passengers will still have short walking distances to both domestic and international flights,” he said.

“The terminal will be just as uncomplicated, easy to navigate and architecturally appealing as it is today,” Falk-Petersen continued. “The expansion also represents a further development in Oslo Airport’s Norwegian building traditions, with extensive use of natural materials and restrained and minimalistic solutions.”

Avinor’s emphasis has been placed on easy access, universal design and good architecture. Services will be improved with new food and beverage outlets and more and larger shops, and there will also be several new centrally located toilets and baby care rooms. Access to and exit from short-term parking, meanwhile, will also be altered, and will no longer interfere into the crowded plaza, meaning fewer conflicts between pedestrians and cars, and reducing the risk of people driving in the wrong direction. “The only change to passenger flow will be smoother operations. New walk-through check-in counters and a large, more centred railway station will contribute to smooth and logical movement through the airport for our passengers,” Falk-Petersen stated. “Construction of the North Pier also allows Oslo Airport to stay compact and with short distances, rather than building a new or longer terminal and increasing both walking distances and bussing.”

Dag Falk-Petersen, Avinor CEO: “Oslo Airport has been developing constantly since we opened in 1998, and our focus continues to be on flexibility in our solutions to ensure we are prepared for new and changing demands from passengers and airlines.” Artist’s projection: Nordic — Office of Architecture / Team_T AS.

On top of the additional opportunities for aircraft brought about by the development of the North Pier, the International Pier (or East Pier) at Oslo Airport has already been expanded – completed in December 2012 – and now has new areas designated exclusively for non-Schengen flights. The developments mean that the airport is now able to accommodate larger aircraft, so that efforts to attract more long-distance flights can continue.

At airside, apron areas have been expanded and central taxiways have been rearranged to make space for the new pier – Pier North, which features an additional 11 gates. Nine of the new gates are being built for flexible use between domestic and Schengen traffic, which means that the airport will effectively have the use of 20 new gates with the introduction of the North Pier.

Oslo Airport has focused on attracting more intercontinental flights to the airport in recent years, and as well as enhancing choice for its passengers, an increased long-distance route network will lead to improved utilisation of the airport infrastructure, as the increase will mainly take place outside peak periods of the airport’s operational day. “This will result in a greater availability of outbound flights, as well as more international visitors,” Falk-Petersen said. “This will also strengthen our position and competitiveness, and make us more attractive to both Norwegian and international travellers.”

Avinor is currently in the process of conducting a new study exploring how to continue to expand capacity once the T2 project has been opened in 2017. The study addresses both Schengen and non-Schengen capacity in alternative ways, and includes options for both additional terminal areas, and more stands for large aircraft. The study will identify the direction for the necessary expansion of Oslo Airport in the period between 2017 and 2025.