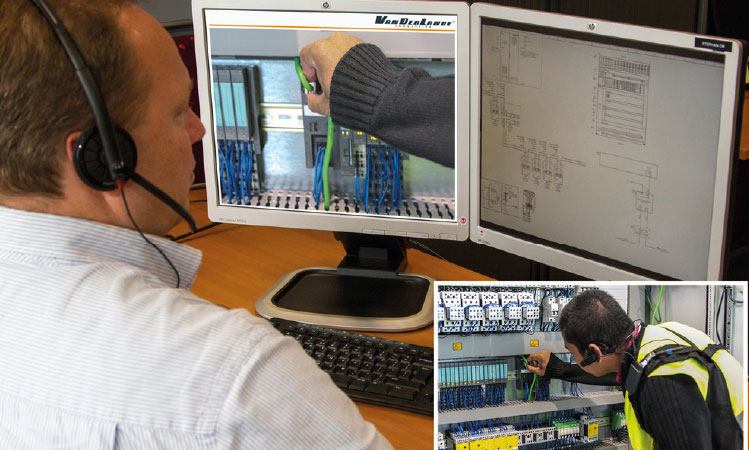 The works at Zagreb Airport will be completed over a 30-month period, in time for the opening of the new terminal in Q4 2016.

Key to the successful operation of baggage handling systems is, of course, effective technical support, and one of the latest innovations in this area is Vanderlande’s EYE4U, which provides real-time video-based technical support. Using live images is said to make diagnosing and correcting situations quicker, increasing baggage handling system availability. The live video images also help to overcome possible language problems and communication misunderstandings, which can be the case with traditional voice-based support.

Bergamo Airport is the first airport at which this remote monitoring tool will be implemented. The airport recently awarded Vanderlande the contract for both equipment and services for the upgrade of its arrivals area. The two-year service contract includes new products like EYE4U and MMS (Mobile Maintenance SCADA solution) as well as more traditional products like spare parts, 24/7 hotline, preventive maintenance, corrective maintenance and training.

EYE4U utilises a hands-free video camera and two-way communication, so service personnel at airports can easily work through support questions or troubleshooting with live instruction from a helpdesk specialist. The head-worn camera unit is light and compact and the recorder allows up to nine hours of excellent quality recording. EYE4U comes with a wireless remote control for quick, easy video and image capturing. All live video and image streaming is encrypted for secure communication and can only be accessed by authorised helpdesk specialists. These capabilities clearly make EYE4U a valuable support tool that optimises communication, and as a result enables accurate diagnosis and fast, effective problem-solving.

EYE4U is an option within the Vanderlande hotline & helpdesk support services and further extends the helpdesk capabilities to increase effectiveness, speed response and correct problems in the shortest possible time. 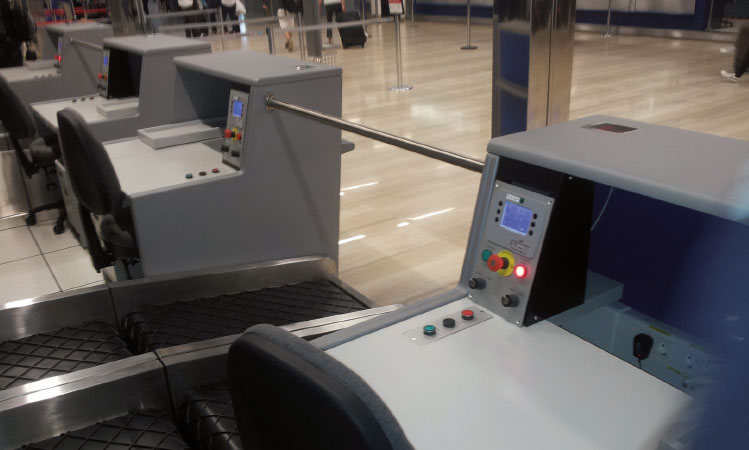 ALSTEF’s contract at Zagreb Airport includes the design and installation of one additional check-in island, with a separate screening line, within the existing terminal, which recently became operational.

ALSTEF has been awarded a contract for the design and installation of the baggage handling system at Zagreb Airport by Bouygues Bâtiment International Croatia Branch.

The contract awarded to ALSTEF includes the design and installation of one additional check-in island, with a separate screening line, within the existing terminal, which recently became operational. It also includes the design and installation of a comprehensive baggage handling system, including automated baggage handling, hold baggage screening, and sorting of bags at arrivals and departures. Other elements include two new 15-desk check-in islands, with the option of adding two others, two screening lines, an automatic sorter, and four baggage delivery lines.

The works will be completed over a 30-month period, in time for the opening of the new terminal in Q4 2016.

With this approval, the integrated CrisBag and XCT systems deliver high-speed baggage transport for airports, combined with benchmark throughput and certified baggage security, in a single, cost-efficient solution.

Crisplant’s Johan Rajczyk explained to Airport Business that in addition to fast baggage transport and system flexibility, CrisBag enables airports to maximise the baggage screening process by providing 100% track and trace all through the screening and baggage handling process. He stressed the importance of this comprehensive track and trace capability, and also emphasised the importance of the built-in RFID chip in the baggage handling totes, which is said to improve the baggage security level compared to conventional barcode tracking.

Crisplant was among the first baggage handling systems manufacturers to introduce in-tote screening to the market. Rajczyk said that the concept of in-tote screening, and its implementation in the CrisBag system, has been widely recognised as a breakthrough in secure and efficient baggage handling. Most recently the CrisBag system has been installed at London Gatwick Airport, Düsseldorf Airport, Singapore Changi Airport, Bergen Airport, Abu Dhabi Airport, Calgary Airport, and Ottawa Airport.

Meanwhile, the integrated transport and in-tote screening system has reportedly also set a benchmark with a tested throughput of more than 1,300 totes per hour.

Another trend that Rajczyk highlighted is the dynamic bag store – a concept Crisplant is implementing in the new terminal at Bergen Airport, which opens in 2017. The system that Crisplant is supplying and integrating at the airport is the first to combine Crisplant’s CrisStore dynamic Early Baggage System, which enables on-demand sorting of baggage for speed-loading to ULD and trolleys, with the CrisBag tote-based system. Rajczyk explained that the system enables baggage handlers to monitor the status of baggage at the customised operator workstations next to the speed loader work spaces. When ready, the baggage handler can release a full batch for automatic loading to a specific flight, or call specific bags or group of bags to the make-up area as required.