Editorial: Back to the Future? 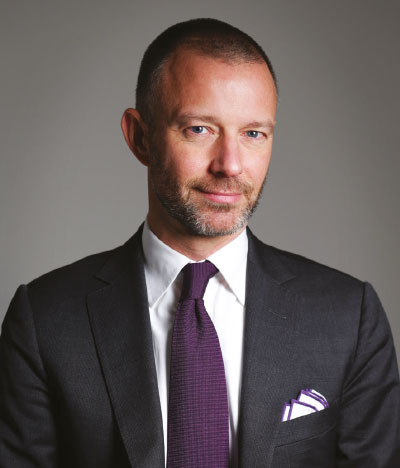 As we are preparing to assemble in Frankfurt for our 24th Annual Congress & General Assembly, trading conditions have continued to improve markedly since the beginning of the year. Passenger traffic posted an impressive +8% growth in April – well above macro-economic indexes. For the first time since the financial crisis of 2008/2009, the performance gap between EU and non-EU airports has significantly narrowed and it is also comforting to see those national markets most impacted by the Sovereign debt crisis enjoying a rebound.

All this bodes well for the peak summer months – apart from Ukrainian airports, which are bracing for severe hardship.

Yet, behind these generally positive headlines, the picture remains contrasted. As in any competitive industry, it is not a win-win for all. Several large airports have enjoyed a traffic boost as low cost carriers are moving up market. However, this has been at the expense of other secondary and regional airports. This new trend was much debated at our Regional Airports Conference in Madeira last May – with easyJet, Vueling, TAP and HOP! sharing their current strategies and market positioning. These recent developments are pointing to increased traffic concentration, which means that growth is likely to be more focused and less inclusive.

Besides traffic, connectivity is becoming a challenge of its own. Indeed, traffic growth no longer translates into systematic connectivity gains. Since 2008, small and regional airports have seen their direct connectivity decrease by -3.4%. At the same time, larger airports and hubs have shown significant connectivity resilience, and they have played an increasing role in providing indirect connectivity to other airports. However, they also face tough competition for connectivity from their peers both in Europe and beyond.

Our Annual Congress in Frankfurt will all be about connectivity – with the release of a comprehensive ACI EUROPE report on how the connectivity of Europe’s airports has evolved over the past 10 years. This is quite fitting with a new European Parliament freshly elected and a new European Commission to be appointed after the summer. Connectivity has indeed taken an ever more prominent position in policy debates, given its direct correlation with economic growth and jobs.

For airports, traffic and connectivity are closely linked to quality – a key competitive factor for attracting and retaining both passengers and airlines. ACI EUROPE’s Facilitation & Customer Service Committee has just come up with a comprehensive review of the way airports conceptualise, plan and deliver their passenger experience. Our new Guidelines for Passenger Services at European Airports were presented to EU Transport Commissioner, Siim Kallas, by our President in early June – receiving appreciation and praise. Crucially, these Guidelines will help airports check their fundamentals and further enhance every aspect of the passenger experience.

You may have noticed some new features to our magazine, like Airport People which sheds the light on the individuals shaping our industry – or The Airline Conversation which this time introduces you to Sertac Haybat, the CEO of fast growing Pegasus. And as you have no doubt noticed already, Alex Cruz, CEO of the ambitious Vueling, is the subject of our lead interview in this issue. Vueling is a perfect example of how the airline business is going hybrid. Given that it is airlines likes these which are putting more capacity in the market, you can expect to see more of their logos at European airports in the summer season and beyond.