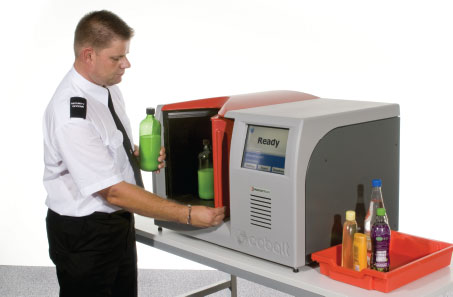 SORS, the technology used by the Insight100, is said to give false alarm rates of significantly below 1% on non-metallic containers.

Cobalt Light’s Insight100 is one such solution and has been deployed at many of Europe’s airports, as the airports procured new equipment in advance of the deadline.

“It is clear that in future more liquids will be screened, with restrictions eventually being removed completely. Using SORS in screening combinations helps enable the relaxation of liquids restrictions due to the extremely low false alarm rates that are achieved,” commented Ken Mann, VP Security Products, Cobalt Light Systems Ltd.