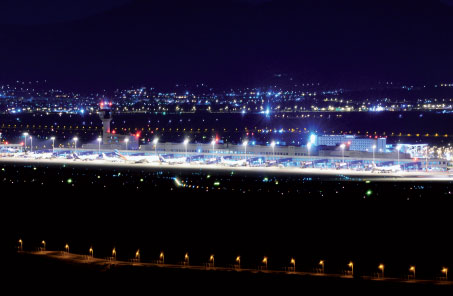 Metsovitis explained that hub airports must “adopt a strategy that comes to grips with the fact that projects take relatively longer to complete, whereas a regional airport could see more work done in bursts of activity.”

Airport development projects are invariably undertaken with strict budget and time constraints, but operational punctuality and a high level of safety and security both in the terminal and on the airfield must be prioritised.

“In major projects, actually even in smaller ones, programme managers want to finish on time or even earlier,” Metsovitis explained. “Operations personnel would like to not have anything touched. Both views are understandable, but contradict each other.”

In his role as Chairman of the ACI EUROPE Technical and Operational Safety Committee, this contradiction provides a typical example of the issues that must be overcome during any airport development project.

Metsovitis said: “Obviously, mitigating the impact on routine operations is a key factor. But considering ways to separate routine operations from works to the biggest extent possible is the best strategy to minimise the knock-on effects and the number of mitigating measures that may reduce capacity and impact passenger experience.

“Good planning, using the knowledge of people that are routinely operating the airport, can lead to practical solutions that may even become part of normal operations when the project is completed.” 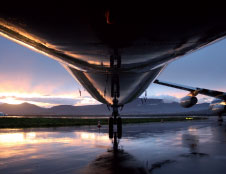 Metsovitis: “Good planning, using the knowledge of people that are routinely operating the airport, can lead to practical solutions that may even become part of normal operations when the project is completed.”

Metsovitis highlighted Switzerland’s Zurich Airport as an example of the ability of an airport to develop facilities without impacting on the day-to-day operations. “It seems that Zurich is one airport that very well manages the process and the disruptions that come with working in relatively tight confines and challenging operating conditions,” he said.

As part of the ‘Zurich 2010’ project, the airport has recently undertaken a number of developments. The necessary infrastructure and procedural changes have been smoothly implemented to satisfy the Schengen Agreement, Dock B is currently being overhauled and will be operational from December, while the airport is also in the process of centralising its security checks.

“They have been building substantial facilities for a number of years in the midst of a busy airport with little space and I have yet to see any significant disruption,” Metsovitis said.

Airport Simulation –
What are the benefits for your business? 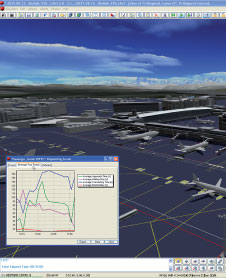 How can airports optimise infrastructure or operations in a cost efficient way? This is one of the most important questions for airport owners, airlines, ground handling companies and consultants. The answer is: CAST Airport Simulation. The worldwide unique simulation software covers the full airport system: passenger movements within the terminal, as well as aircraft operations and vehicle ground handling and transport. Customers worldwide trust in CAST, especially due to the scalable level of detail. It allows an easy start, to get quick results and at the same time does not limit the user in the level of details – if required. CAST helps to identify measures that reduce costs, enhance operational quality and support important goals such as safety and minimised emissions. Development of the infrastructure, optimisation of processes, development of allocation strategies, as well as the test of new operational concepts or optimisation of peak traffic management are typical applications. Last but not least, the powerful 3D visualisation facilitates the common understanding and communication with management and customers and thus speeds up the decision processes.

What are you doing to improve the PRM Experience? 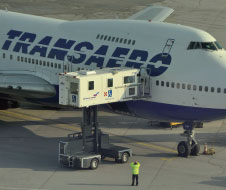 In Europe, one of the latest and most notable pieces of technology aimed at improving the PRM travel experience is the SideBull Passenger PRM (Ambulift).

Over recent years, various initiatives and regulations have been passed in the aviation industry aimed at empowering and improving the travel experience for Passengers with Reduced Mobility (PRMs).
In Europe, PRM services are contracted to the airport operator, whilst outside of the EU services are contracted directly with airlines. Needless to say, airlines and airports processing these passengers have to ensure a good customer experience to avoid expensive lawsuits associated with travellers who are subjected to an undignified travel experience, unsatisfactory level of customer service or even injury.
In Europe, one of the latest and most notable pieces of technology aimed at improving the PRM travel experience is the SideBull Passenger PRM (Ambulift). This innovative award-winning high lifter from Bulmor airground technologies, designed in partnership with Lufthansa Leos, is used to embark and disembark PRMs to and from aircraft. It has changed not just the customer experience for the better, but from the operators’ perspective is transforming the whole PRM process. Operators are seeing massive time and cost savings as a result of changing from conventional Ambulifts to the SideBull. In Europe, Fraport has been using the SideBull to great effect at Frankfurt Airport over the past four years, transferring over its entire Ambulift fleet to the SideBull, such are the benefits brought by this new technology. The SideBull has also been the preferred choice at Salzburg, Vienna and Brussels Charleroi airports. More recently, in the Middle East, Dnata/Emirates have also recognised the huge potential of the SideBull, having placed its first order in October.

Having explained that, in general, the reporting of NOTAMs (Notice to Airmen) need to be improved, Metsovitis referred to Frankfurt Airport as another example of best practice for the way in which the airport replaced all of the airside signs in a very “clear cut” fashion in preparation for the recent opening of the new fourth runway. “It was clear cut without a complicated transition in a major hub,” he said.

While the key operational factors vary depending on the size of the airport in question, Metsovitis explained that hub airports must “adopt a strategy that comes to grips with the fact that projects take relatively longer to complete, whereas a regional airport could see more work done in bursts of activity.”

He concluded: “In the end, it is all about proper project resources, how to optimise their use, and of course, the use of funds available.”