LAGs phase 1 postponed – Where do we go from here? 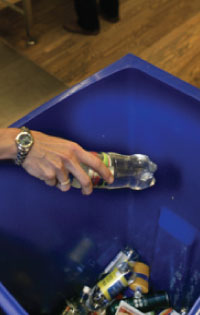 While Europe’s airports fully support the objective of removing existing LAGs restrictions, it is clear that to do so across the board as contemplated in 2013, the screening technology needs to further evolve.

As previously reported in Airport Business, 29 April 2011 had been scheduled as the deadline for the initial easing of the LAGs restrictions. This first step meant to allow the carriage of LAGs bought at non-European countries by passengers transferring via/departing at European airports within 36 hours of purchase. Security experts at European airports considered that available LAG screening technology remains underdeveloped and untested operationally. Moreover, facilitation experts also cautioned about the processes involved, as passengers would have had to remove all LAGs from their packaging for screening and could still see sealed LAGs opened and confiscated in case of secondary screening.

For months ACI EUROPE had been voicing its concerns to Europe’s decision makers with increased urgency. European Commission Vice President responsible for Transport Siim Kallas, (who inherited this ambitious plan to lift the LAGs ban from his predecessor Antonio Tajani) had given every indication that he had no intention of reconsidering the Phase 1 deadline, despite both a direct and public appeal from the board of ACI EUROPE, as well as private and public statements of concern from a number of Member States. Subsequently, Brian Simpson, MEP and Chair of the European Parliament’s Transport & Tourism Committee, came out against a postponement of the deadline, after a meeting with Vice President Kallas.

Worryingly, the EU’s main trading partner – the US – had not in the end committed to cooperating with the initiative – meaning that European airports would still have had to confiscate LAGs bought at non-European airports from passengers bound for the US. Moreover, as the deadline came closer, several key Member States had indicated that they would not enforce the new restrictions. This raised the prospect of the regulation not being fully enforced across Europe.

All this meant that the potential for both passenger disruption and security gaps remained very real. Finally, on the eve of the deadline, the European Commission took the unusual step of deferring the easing of the restrictions, as it was eager to “avoid a situation which would not have facilitated travel but rather caused confusion for passengers”. 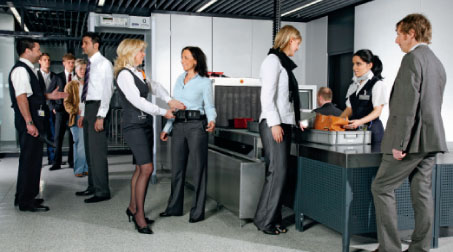 The European Commission took the unusual step of deferring the easing of LAGs restrictions, as it was eager to “avoid a situation which would not have facilitated travel but rather caused confusion for passengers”.

As European airports – particularly transfer hubs – breathed a sigh of relief, the European Commission undertook to consult with both Member States and EU trading partners on the way forward.

In a subsequent exchange of views between the European Commission and the European Parliament’s Transport & Tourism Committee on 24 May, some indications were given as to the next steps with regard to LAGs.

In presenting to the committee, Matthias Ruete, Director General of DG MOVE, European Commission described the elements which made the EC recommend Member States to postpone the introduction of the intermediate phase in the removal of the LAGs ban. The fact that a large number of EU Member States had announced they would not implement the rule had played a part, but in relation to the US request for consultation, the discussions with American negotiators showed that an agreement was not possible (further complicated by the death of Osama Bin Laden). It became clear that the US wanted to impose additional requirements (in particular as regards screening rates), which would have been extremely difficult to meet from an operational point of view.

Following these new US requirements, only 2-3 Member States informed they would still be in a position to apply the new regime. As a result of these, 24 Member States would probably use a “let out clause”. This clause would have allowed them to maintain existing LAGs restrictions and forego the application of the new regime on the basis of “more stringent national measures”.

Mr Ruete commented that the challenge now is to be better prepared for the big target: the full removal of the LAGs ban in April 2013.

So, where does that leave Member States that were actually ready and prepared for the April 2011 deadline? Well, the obligation to partially remove the ban from April 2011 has been transformed into a right to do so, but the new deadline is now clear. The overall removal of the ban should still take place in April 2013 and this is where the EU institutions are now pouring all their energy, on this issue. However, the European Commission also proposed to set up a Working Group that would re-define the roadmap for 2013 and decide in 2012 if this date is still realistic. This follows a suggestion from ACI EUROPE, which was made as the situation evolved in the weeks preceding the Commission’s decision to reconsider the April 2011 deadline.

While Europe’s airports fully support the objective of removing existing LAGs restrictions, it is clear that to do so across the board as contemplated in 2013, the screening technology needs to further evolve.

The much sought after requirement for the industry will be the ability to screen LAGs within traveller’s cabin bags and not separately. This is considered essential by security and facilitation experts, given that more than 700 million departing passengers will need to be screened. The technology will also need to be thoroughly tested operationally, and not just in laboratories.