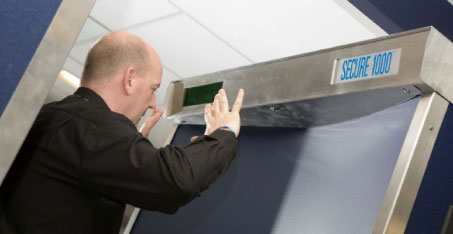 Manchester Airport was one of the first airports to adopt security scanners and they are now in place at every security lane across all three terminals.

Just as the failed Northwest Airlines Flight 253 bomb plot led to calls for new technologies to be adopted in order to enhance passenger screening, the discovery last October of two explosive devices in US-bound cargo shipments originating from Yemen cast a similar spotlight on the reliability of cargo screening.

While the failed Christmas Day bomb plot led to the introduction in some airports of security scanners in early 2010, the cargo incident has led to calls for the introduction of new technologies and stricter, standardised regulations to ensure full security.

The introduction of new technology, however, is often easier said than done, especially when enhancing security is the overriding objective. Highlighting this fact, 18 months on from the somewhat controversial adoption of security scanners by London-Heathrow, Amsterdam Airport Schiphol, Manchester Airport and others, security experts are keen to point out that it is possible to balance enhanced security while maintaining privacy standards. 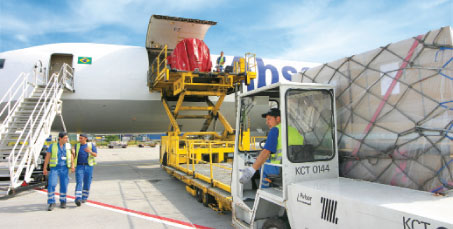 Goldsmith: “The technologies exist today to allow a very high standard of screening of air cargo.”

“We believe that both can be achieved, as no data is stored. The image is viewed in a secure room away from the machine’s location with no chance for the person being scanned and the image to be linked together,” explained Mike Fazackerley, security director, Manchester Airport.

“Extensive safeguards have been developed to ensure the privacy of our customers is respected. There can be no visual or verbal contact between security staff operating the machine in the search area and security staff viewing the images.”

Manchester Airport was one of the first airports to adopt security scanners and they are now in place at every security lane across all three terminals. While measures have been put in place to protect the passengers’ privacy, the airport recognises that concerns may still exist and therefore continually seeks feedback from its passengers.

Fazackerley said: “We are always keen to hear from our customers, so we regularly undertake surveys to find out how we can make things easier. Independent surveys found that passengers overwhelmingly preferred the security scan to a full pat-down – 92% found the process better than a hand-search. Since being introduced back in 2009 (on a trial basis), nearly one million people have been through the body scanners, with only 12 refusals.” 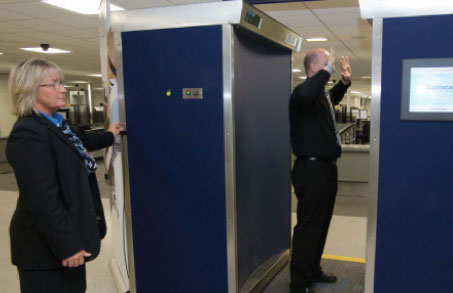 Fazackerley: “Independent surveys found that passengers overwhelmingly preferred the security scan to a full pat-down – 92% found the process better than a hand-search.”

Echoing the views of Fazackerley, Andrew Goldsmith, vice president, global marketing, Rapiscan Systems, explained that both privacy and security can be achieved “through a combination of airport procedures and the design of the technology itself”. The company supplies the security scanners that are in place at Manchester Airport and the backscatter technology used in the Secure 1000 provides an example of the important role played by new technology.

“The Secure 1000 bounces very low energy X-rays off of a person to generate an image. While there are other technologies used for security scanning, such as millimetre wave (MMW), we believe that backscatter technology is best suited for aviation security requirements because it provides a uniformly high-resolution image regardless of the material being imaged. This makes it easier for trained operators to rapidly detect potential threats, which improves both security and checkpoint efficiency.”

The fact that there is no facility for the storage, printing or transmission of the security scans undertaken also ensures that there is no invasion of personal privacy, Goldsmith explained. “It is also true to say that the operational standards issued by the DfT (Department for Transport) in the UK make it impossible for the operator viewing the security scans to relate them to any specific passenger.”

Goldsmith explained that both passenger security and personal privacy can be achieved “through a combination of airport procedures and the design of the technology itself”.

“The technologies exist today to allow a very high standard of screening of air cargo,” he said, highlighting Rapiscan Systems’ MVXR 5000 as an example. “The major difference is the larger size of the bulk compared to typical hold baggage. This requires screening technology that is not only physically much larger, but also utilises a more powerful X-ray source to identify any potential threat material.”

It is widely accepted, however, that in addition to new technologies, standardised, international regulations on the screening of cargo must also now be introduced. “We believe this will make it easier for technology vendors to invest in the development of solutions that can detect serious threats, such as the October cargo bomb plot,” Goldsmith concluded.