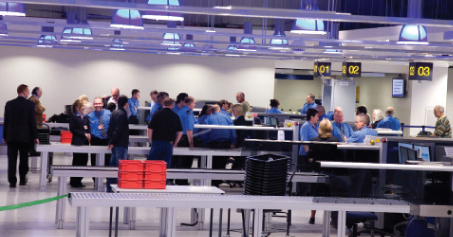 At present, it appears that the intended benefit to passengers will not materialise as the operational limitations of the existing LAGs screening technology, coupled with passenger flow challenges and non-uniform system between EU Member States, will ultimately see security lines become slower and longer.

The existing ban on the carriage of liquids, aerosols and gels (LAGs) was introduced in August 2006, following the dramatic discovery in the UK of a terrorist plot involving liquids explosives to be used on transatlantic flights. In a matter of weeks, variations of the ban had spread across the primary aviation markets of the world. Since then, this single issue has undoubtedly redefined the perception of air travel, as airports and passengers alike seek to minimise the waiting time involved in passing through security. However, as the risk of liquid explosives is still considered an ongoing threat, further progress can only come from technology and better sharing of intelligence. 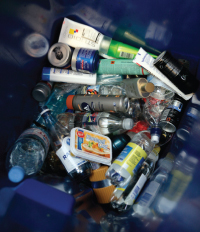 Under the current LAGs security rules, travellers arriving in the EU from a non-EU country airport and transferring to another flight are not allowed to carry LAGs exceeding 100ml on board their next flight, unless arriving from an approved airport with so-called ‘third country recognition’.

Under the current LAGs security rules, travellers arriving in the EU from a non-EU country airport and transferring to another flight are not allowed to carry LAGs exceeding 100ml on board their next flight, unless arriving from an approved airport with so-called ‘third country recognition’ (namely Croatia, Singapore, Malaysia, Canada and the USA). These LAGs, including duty free/travel value purchases sealed in STEBs, are confiscated.

Following pressure from the European Parliament to the European Commission to remove the restrictions on the carriage of liquids, aerosols and gels, in November 2009, the EC Vice President for Transport at that time, Antonio Tajani announced that the restrictions would be removed in a two phase process, due to begin the following year. However, the agreement behind that initial timeline encountered some delays at EU level. Nevertheless, on 29 April 2010, the European Commission – at that time under the newly appointed EC Vice President for Transport Siim Kallas – confirmed that the plan would go ahead with legislation detailing the new timeline: Under Phase 1 of the agreement, from 29 April 2011 any traveller arriving in the EU carrying duty free LAGs sealed inside a STEB (Security Tamper Evident Bags) that meets ICAO specifications, and with a receipt that shows it was purchased within the last 36 hours, can freely transfer within any airport in the EU. Under Phase 2, all LAGs restrictions for all passengers will be lifted at EU airports on 29 April 2013.

However, looking more closely at the operational impact of Phase 1, it will not be purely limited to transfer passengers. Passengers arriving in Europe with LAGs purchased at non-European airports will be able to carry their LAGs when re-entering a European airport within 36 hours and fly again to any destination, on condition that the STEB has not been opened. 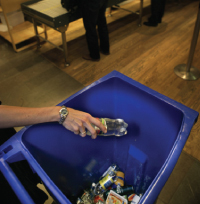 Everyone can agree that the ability of passengers to keep their LAGs with them is key to improving the passenger experience at airports. Moreover, airport retail is now an important revenue stream for airports, helping to finance infrastructure and keep airport charges at competitive levels. However, from the outset, ACI EUROPE has always stated that its support for lifting the restrictions on LAGs is conditional on not compromising security and on genuinely improving the passenger experience. The airport trade body also warned many times that the 2011 timeline is extremely ambitious, given the limitations of the existing LAGs screening technology. To date, these concerns remain valid for the imminent arrival of Phase 1.

Airport security and facilitation experts assert that the latest LAGs screening technology currently available is not sufficiently mature and there is still a lot of uncertainty as to whether the EU’s main trading partners will come on board. A relaxation at this stage could compromise security and severely inconvenience passengers, in particular at larger hubs, with knock-on effects on the entire network, as a result of missed connections and delayed flights.

Throughout the process, ACI EUROPE has worked tirelessly to point out the operational concerns for the viability of Phase 1, stating its opposition clearly to the various EU institutions at different times. In July last year, ACI EUROPE reiterated its objections in a letter to Vice President Kallas and at the beginning of this year – after the results of laboratory testing of LAGs screening technology under the auspices of the European Civil Aviation Conference (ECAC) had been announced – airport CEOs also raised the issue with him, when he attended the January meeting of the Board of ACI EUROPE. 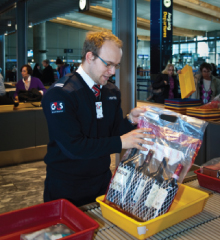 Even the most advanced technology available still requires that LAGs have to be taken out of STEBs and accompanying presentation boxes/containers and screened separately from other belongings.

Several EU Member States have also approached the European Commission with their concerns. France has been particularly clear on this, formally notifying the European Commission that it will keep the existing restrictions in place, while others are apparently considering implementing national more stringent measures, such as raising the percentage of items to be screened. In spite of these objections, Vice President Kallas has clearly stated that he does not intend to postpone the implementation of Phase 1 on 29 April 2011.

Reaction from the European Parliament has been mixed. Despite support for ACI EUROPE’s position within Parliament, Brian Simpson, MEP and Chair of the Transport & Tourism Committee, came out against a postponement of the deadline, after a meeting with Vice President Kallas.

The US Transportation Security Administration is currently reviewing internally its own policy concerning the restrictions on LAGs, and is expected to report its views to the European Commission very shortly. The cooperation of the US will have a major bearing on the viability of the plan, and so the TSA’s views will be very important. At time of press, the US decision was still unknown.

At present, it appears that the intended benefit to passengers will not materialise as the operational limitations of the existing LAGs screening technology, coupled with passenger flow challenges and a non-uniform system between EU Member States, will ultimately see security lines become slower and longer. Even the most advanced technology available still requires that LAGs have to be taken out of STEBs and accompanying presentation boxes/containers and screened separately from other belongings. And bottles might still be opened. The impact of passengers seeing their duty free alcohol or perfume purchases fully opened, is one that could result in some very irate scenes at airport security points.

Amongst industry stakeholders, airports are not alone in having concerns about the viability of Phase 1 and its potential impact on operations. Hub carriers Air France and British Airways are said to be deeply concerned about the possibility of security delay having a ripple effect on the punctuality of departing flights. ERA, the association of European Regional Airlines has also issued several statements, clearly calling into question the operational viability of Phase 1.

However, with little time remaining and all alternative avenues now apparently closed, it looks like Phase 1 will be launched on 29 April 2011. Make no mistake, the implementation of Phase 1 is without question the most urgent and daunting task facing security teams across the EU’s airport network, especially at major hubs.