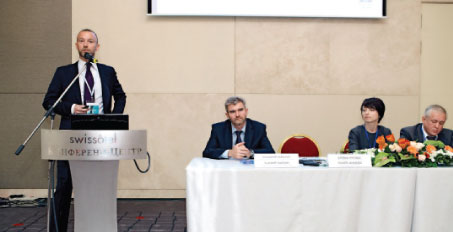 An ACI EUROPE delegation, led by Olivier Jankovec, Director General (pictured addressing the event) and Ad Rutten, President, highlighted the current status and prospects for airport industry development. The event was concluded with round table discussions on the role of ACI EUROPE within the airport industry.

The DME Connections event has been held annually since 2000 and has become an international business forum at which aviation market experts from Russia, CIS and other countries, representing airlines, airports and other stakeholders, are able to hold negotiations and networking meetings. This year’s event attracted more than 130 participants from 50 airlines, 9 airports (including Ufa, Omsk, Vnukovo and Pulkovo) and 10 other players in aviation market.

Moscow Domodedovo sees the event as an opportunity to develop cooperation between Russian and foreign airlines in order to establish connections through the airport. Moscow Domodedovo presented a report on traffic market growth in the Moscow Aviation Hub, while Transport Clearing House (TCH) provided a briefing on the Domodedovo Transfer Service Project, the aim of which is to integrate individual routes served by different airlines into a network of convenient connected flights, ensuring minimum connection times using special service technologies for transfer passengers and baggage, and offering attractive through fares.

An ACI EUROPE delegation, led by Ad Rutten, President and Olivier Jankovec, Director General highlighted the current status and prospects for airport industry development in Eastern Europe. The event was concluded with round table discussions on the role of ACI EUROPE within the airport industry.

This year’s DME Connections event followed a meeting in Moscow between Siim Kallas, European Commission Vice President in charge of Transport and Russian Transport Minister Igor Levitin, which resulted in an agreement for plans to increase EU-Russia cooperation on aviation. 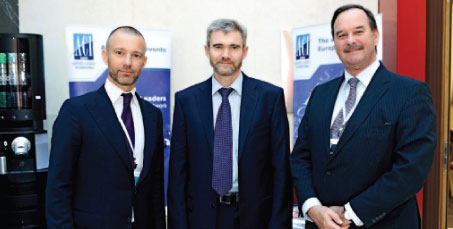 ACI EUROPE believes a single, non-discriminatory EU-Russia aviation agreement should be established in order to harness this potential, and to replace the current restrictive bilateral agreements that apply between Russia and individual EU Member States. Creating a framework for closer cooperation on technical and regulatory issues would also support the modernisation and development on Russia’s airports.

Participating in the Forum, Ad Rutten, President ACI EUROPE, said “We expect demand for air services between Russia and the EU to double within the next 10 years. For Russian and EU-based airports alike, this is a tremendous opportunity to develop their network – with the prospect of new air routes and increased frequencies on existing ones. But for such developments to materialise, we urgently need a new, liberalised and non-discriminatory regulatory regime for aviation between Russia and the EU.”

He added “The fact that Commissioner Kallas and Minister Levitin have now agreed to work towards a comprehensive EU-Russia aviation agreement is encouraging. We can only hope that meaningful progress can be achieved quickly. It is high time that aviation relations between Russia and the EU moved away from vested interests and outdated restrictions. This is about putting consumers and businesses first; there can be no justification for sticking with the status quo.”