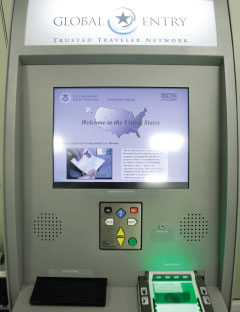 Bersin: "FLUX was envisioned to serve as a basis for other countries to enter into similar arrangements, for expedited processing through Customs processes."

The partnership currently links the Netherlands’ Privium programme with the United States’ Global Entry programme to expedite and secure international travel between the two nations by establishing an automated border passage programme for registered travellers.

“The pilot programme has been very successful and has laid the foundation for a global network of trusted traveller programmes,” explained Alan Bersin, U.S. Customs and Border Protection (CBP) Commissioner. “FLUX was envisioned to serve as a basis for other countries to enter into similar arrangements, for expedited processing through Customs processes.”

In order to ensure that only those applicants who are truly “low-risk” are admitted into the FLUX Alliance, applicants must pass a security threat assessment that includes biographic (fingerprint) and biometric (iris)-based data checks and interviews by both US CBP and its Dutch counterpart.

An applicant may not qualify for participation in FLUX if any of a number of “risk factors” is applicable. These include, among others, the applicant providing false or incomplete information, the applicant is a wanted person in any enforcement database or watch list of any participating country, or if the applicant has been arrested for, or convicted of, any criminal offence or has pending criminal charges or outstanding warrants. 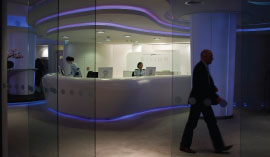 Hirsch Ballin: "There are ongoing discussions with several countries to see whether they can join FLUX as the concept is appealing to many countries."

Ernst Hirsch Ballin, Dutch Minister of Justice, explained: “First and foremost, it is the passenger that benefits from the cooperation. After a rigorous background screening and risk assessment interview, the FLUX member receives a trusted status and is registered as such. This means that both the US and Dutch authorities consider the passenger as a trusted traveller.

“In turn, this means that the trusted traveller can use the automated border facilities at 20 US airports and at Schiphol, virtually eliminating queues at the border for these travellers. In addition, FLUX members no longer have to fill in customs and immigration forms, apart from ESTA (Electronic System for Travel Authorisation). Travelling between the participating airports becomes seamless for the FLUX member, resulting in a more comfortable journey and a more welcome stay at the airports.”

As well as simplifying the airport experience for the frequent flyer, Hirsch Ballin also explained the benefits of the FLUX initiative in terms of overall aviation security. He said: “FLUX members are scrutinised before they are allowed to enrol. As the member count of FLUX rises, the group of passengers of which we can be sure that they pose little to no security threat grows as well. Consequently, the border authorities can dedicate the focus of their attention to the passengers that are not that well-known to them.”

While the adoption of FLUX as a permanent programme highlights its viability as a long-term solution to simplifying and securing the passage of trusted travellers between member countries, Jos Nijhuis, CEO, Schiphol Group, explained that FLUX has laid the foundations for a more wide-reaching Alliance. “I am convinced that FLUX – on an international scale – will be just as successful as Privium,” he said. “We believe that the cooperation between governments in an international registered travel programme like FLUX is an inspiring example and a promising development for the future of expedited travel. 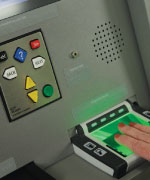 “We truly hope more countries and airports will soon join the international and multilateral FLUX initiative. Travellers will benefit from a network of programmes and also individual programmes will be able to grow faster and bigger as part of an international network.”

While Bersin explained that the US CBP “has had discussions at various levels with other countries to enter into reciprocal trusted traveller arrangements”, Hirsch Ballin added that the Dutch Ministry of Justice and US CBP have already held talks with regard to the expansion of the Alliance.

He said: “There are ongoing discussions with several countries to see whether they can join FLUX as the concept is appealing to many countries. Both within Europe – Germany and the United Kingdom – and within countries like Canada and Japan, we are in the process of exploring the possibilities for further cooperation in the context of FLUX.”