Exploring the airport of 2030 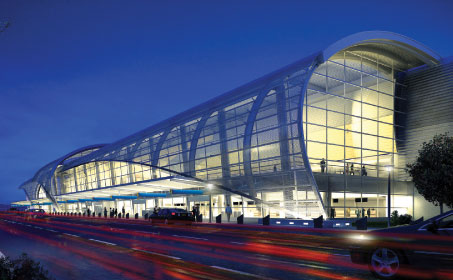 Curtis Fentress, principal-in-charge of design, Fentress Architects: “With master plans you almost need a crystal ball. You have to design for flexibility, which can accommodate for future needs even though you don’t know what these will be.”

While predicting the architectural influences that are likely to impact upon the appearance and operation of the world’s airports in 20 years time may seem to be an almost impossible task, the evaluation of a number of key trends can help to give an insight into what we can expect.

Of course, in recent years, airport design and operation has changed significantly, ranging from the construction of various new airports in the Middle East to major redevelopments in Europe and North America to the impact of increasingly stringent security regulations. However, over the course of the next 20 years or so, a number of further developments are also inevitable.

The impact of the master plan, which often outlines a blueprint for the airport with a vision for the next two decades or more, is the most integral part of the planning process and can often provide an idea of how airports will continue to develop in the mid-to-long-term.

Curtis Fentress, principal-in-charge of design, Fentress Architects, said: “With master plans you almost need a crystal ball. You have to design for flexibility, which can accommodate for future needs even though you don’t know what these will be. Flexibility really is key and I think that because of this, you will see more airports with column-free buildings. At LAX we’ve designed large, column-free buildings so that we’re completely flexible for any future developments. This is even something that you can see in the design of Denver International Airport, which has just celebrated its 15th birthday.”

The importance of generating non-aeronautical revenue streams has also had a major impact on the recent developments in the aviation sector, and Alan Lamond, aviation director, Pascall + Watson Architects, explained that this will continue to impact on future airport models. He said: “We are seeing increased commercialisation of airports and a realisation that you have to exploit the opportunities presented, and this is done in Western airports through very intensive retailing. What is increasingly becoming clear is that, for businesses, there’s a distinct commercial advantage in being based near an international airport. This means that the space around the airport becomes far more valuable.” 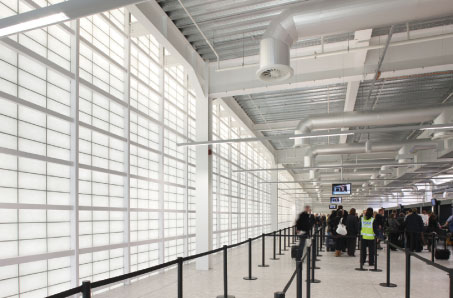 This geographical advantage has led to the rapid rise of the ‘airport city’ and, according to Fentress, this is likely to become an increasing trend in years to come. “I think you will see more of the ‘airport city’,” he explained. “In the Middle East, you see a tremendous surge in passenger numbers and there is then a need for hotels and other services and this is something that we may see elsewhere in the next 20 years. Airports will become more multi-modal and the construction of office buildings, conference buildings, air freight facilities, and even the likes of beauty salons within the actual airport are things that are already becoming more widespread.”

With environmental sustainability now firmly established toward the very top of the list of priorities within the field of airport architecture, the need to explore the use of ‘green’ energy is more evident than ever before. 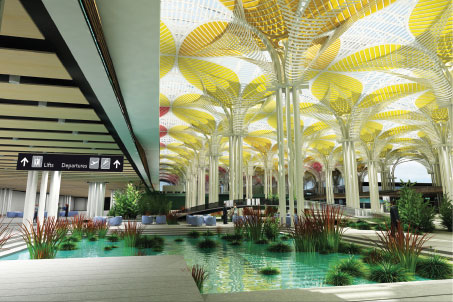 Alan Lamond, aviation director, Pascall + Watson Architects: “What is increasingly becoming clear is that, for businesses, there’s a distinct commercial advantage in being based near an international airport.”

Peter Farmer, head of airports, 3DReid, said: “Airports are starting to adopt large-scale ideas such as bio-mass and ground water sourcing. We’re also investigating principles such as tri-generation, which in this sector is still in its infancy.” While he claimed that solar generation “is still subject to the relative economies”, he outlined that an airport does “have greater potential given the scale of its surface areas”. Wind-generated power, rainwater harvesting and grey water retention may also, he said, be signs of the future.

Referring to the focus on environmentally sustainable development, Fentress offered a similar view: “In all of the architecture that we produce, and in all the airports that we are working on, we have brought in extensive ‘daylighting’ and that increases passenger comfort and convenience and it cuts down on electric lighting. We’re likely to see increased use of re-circulated water, recycled materials and energy efficient power sources, such as solar panels.” 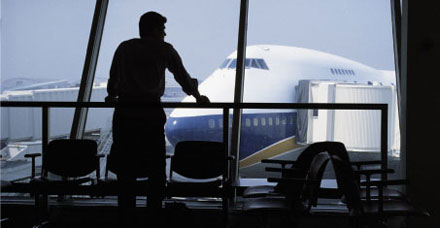 How are airports that have been cash-strapped with vintage equipment modernised and improved when there is no budget to do so?

A number of major companies in the airport development and operating arenas are actively pursuing opportunities to lease and operate airports. They will pay large fees upfront for the privilege, and share aeronautical and non-aeronautical revenues with the leasing airport authority.

These leases often come with onerous development and timescale obligations, such as new runways and new terminals, and with the need for financial recovery of expended capital to be recovered within the life of the lease, which is typically 30 to 100 years.

In return, the airport authority gets a modern and efficient operating airport with an upfront cash injection and cash streams throughout the life of the agreement, while passengers get improved facilities and increased choice of carriers and routes. Improved cargo facilities help deliver opportunities for increased import and/or export growth to the region.

This solution means the new operator can utilise their company’s special skills and competencies to improve their acquisition in order to create wealth, jobs and improved airport operations. In turn, this will attract increased traffic and passenger numbers to help drive up non-aeronautical revenues through improved facilities, using the new operator’s marketing and operating experience and contacts.

Another key trend that has impacted on the development of airports in recent years – and is likely to continue to do so – is the use of new technologies, particularly in the IT sector. “New technology will transform the passenger process meaning that the traditional human services interface will reduce,” explained Farmer. “Check-in will reduce, or at least not grow, and this is likely to follow on through security immigration. We will need to see a significant change to the nature of luggage to radically change the reclaim areas through RFID and standardised baggage, and home or hotel delivery are being talked about and trials may not be far off.”

Curtis Fentress, principal-in-charge of design, Fentress Architects: “Large, column-free buildings is something that you can see in the design of Denver International Airport, which has just celebrated its 15th birthday.” 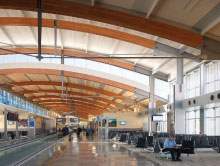 Environmental sustainability is likely to play an ever-increasing role in the design of future airports, with the use of re-circulated water, recycled materials and energy efficient power sources all playing a vital role.

On a similar note, Lamond added: “IT will play an even greater role in terms of us understanding people who use the terminal and move through the terminal facilities. One question is whether someone will finally come up with an advancement on the arrivals baggage carousel as it has been in place for around 50 years now.”

This theme of a major change to the baggage handling facilities appears to be one of the more common areas in which we are likely to see a radical change. “You will see more low-cost carriers,” Fentress explained, “and they don’t necessarily like to deal with passengers’ bags, so in the future you might see a system in place where you can go from a hotel in Denver, to one in Munich, for instance, without even seeing your bag. However, that would rely a lot on security and coordination, but it is certainly not out of the question.

The dramatic rise in quality and efficiency requirements in airport operations incurred fast enhancement of security measures. This puts pressure on passenger service levels and retail income as a result of longer waiting times at check-in and security check-points.

Lack of visibility forces terminal operation managers to make decisions based solely on experience, new dynamics are difficult to measure and managers need bridges to the future. Those bridges can be in the form of capacity planning – SIMCORE’s main business.