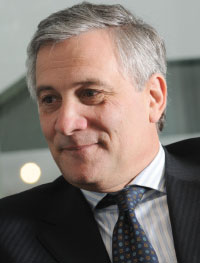 Antonio Tajani, European Commission Vice-President: “The European Commission’s proposal is not definitive and it doesn’t solve all of the problems. It’s a proposal that is dealing with a state of emergency but does require a more detailed review when we look at the whole system in the future.”

Relaxation of rules on the use-it-or-lose-it rule for airport slots means that carriers will be entitled to the same series of slots during the 2010 Summer season as allocated to them in the 2009 season – even if they effectively use less than 80% of them. This “urgent adoption procedure” is designed to protect airlines affected by the economic slowdown.

However, ACI EUROPE believes that inefficient use of capacity at congested airports will result from the suspension, as well as creating an artificial barrier to market access for new entrants. The impact of the economic crisis has seen a reduction in traffic at more than 80% of European airports since the beginning of the year; the Summer season is expected to confirm this negative trend, with EUROCONTROL forecasting a 4.9% fall in the number of flights.

“The suspension of the use-it-or-lose-it rule will harm European airports at a particularly critical time, as it will have a further negative impact on both their commercial and aeronautical revenues,” said Olivier Jankovec, Director General, ACI EUROPE. “Unlike airlines which have the flexibility to ground aircraft or cut routes and capacity at short notice to save costs in times of crisis, airports are bound by significant long term financial commitments linked to the development of their infrastructure. The economic cycles of airports and airlines are different and this needs to be recognised by Regulators.”

On 7 May, the European Parliament adopted a proposed Regulation that suspends the ‘use it or lose it’ rule on airport slots for the 2009 summer season.

Antonio Tajani, European Commission Vice-President, explained that the economic and financial crisis is further exacerbating the situation in the aviation sector. “This situation demonstrates how pressing it is to put in place support measures not just for airlines, but also for employees,” he said. “The European Commission’s proposal is not definitive and it doesn’t solve all of the problems. It’s a proposal that is dealing with a state of emergency but does require a more detailed review when we look at the whole system in the future.”

Suspension of the use-it-or-lose-it rule on slot allocation has been used twice to tackle previous, but very different type of crises – the post-9/11 economic crisis and the SARS outbreak of 2003. “The crisis hitting the sector now is probably more serious than previous crises and we still don’t know when we’ll see improvements. The fact is we see a continuous drop in traffic and suspending the use-it-or-lose-it rule for the Summer season will help all airlines with no discrimination. Indeed this was stressed by IATA and a number of non-EU airlines,” said Tajani.

“It’s a global response to a global crisis and of course it’s not just about one or two Member States, it’s about the aviation sector across the whole European Union.”
Brian Simpson UK MEP, emphasised that the suspension will affect Europe’s airports. “Suspension will affect those regional airports serving the hubs because it’s those routes that airlines will suspend, and what airlines need to remember is that there are other stakeholders, not just them, that will be affected by this suspension,” he said.

Simpson also stressed that this suspension is for a one-off period and must remain so – it does not represent a green light for further suspension. “If the European Commission feels further suspensions are necessary, it must do so as part of a revised regulation fully involving this Parliament,” he said. “What concerns me is that the big airlines, backed up by their alliances, will not be satisfied with one suspension but will demand others. I believe this will be the start of a process, sadly not the end.”

Airlines have predominantly welcomed the suspension, however, they have not unanimously done so; low-cost carriers such as Ryanair and Easyjet have condemned the decision. Michael Cawley, Ryanair Deputy Chief Executive, said that it will ensure that “inefficient, high cost airlines can hold on to valuable slots at slot coordinated airports without using them and essentially block any plans by Ryanair to grow at these airports.” This is, he said, bad for aviation, airports and, above all, consumers.

Tajani said: “The compromise sets out the use of co-decision if ever there is to be a renewal of the suspension for the Winter season; of course, this is only hypothetical as it’s a short-term measure that will last for only six months and any future proposal for renewal will have to have a preliminary impact study that will take into account the effect on consumers and on competition, as well as being subject to a review of slots Regulation – I’ve undertaken to do that.”

He, too, acknowledged the “difficult situation” being faced by Europe’s airports currently. Figures for Q1 2009 show that passenger traffic declined 12.4% and freight traffic by 23.1%.

The effects of suspension of the use-it-or-lose-it rule must be observed closely. Airports, as well as airlines, are feeling the effects of the economic crisis and this will not be helped by the inefficient use of scarce capacity, which is likely to result from the suspension. Paolo Costa, Chairman of the Transport Committee and rapporteur on the revision of the airport slots rules, said: “I imagine the suspension will result in a reduction and non-use of slots by some airlines and the choice of what to do or what not to do will be in their hands. In the future, we have to think about the possibility of public control rather than just profits determining the choices of companies.” 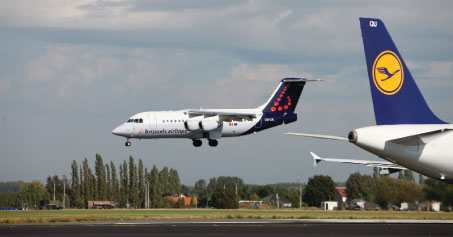 The impact of the economic crisis has seen a reduction in traffic at more than 80% of European airports since the beginning of the year.