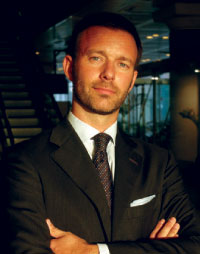 Olivier Jankovec, Director General, ACI EUROPE: “Given the increasing competition between airports resulting from the liberalisation of aviation and the consolidation process under way in the airline sector, it is essential for national authorities to follow a light-handed approach. This means recognising that in many cases, airlines actually enjoy market power and that their interests are not necessarily aligned on those of the travelling public.”On 13 March 2009, ACI EUROPE unveiled a comprehensive crisis strategy focused on five key crisis relief measures aimed at helping the aviation sector weather its worst ever crisis. The document, entitled Empower Europe's Airports to Boost Economic Recovery, was formally presented at a special crisis meeting convened by the European Commission on the same day, which was attended by Olivier Jankovec, Director General of ACI EUROPE. Since then, it has been sent all over Europe to Civil Aviation Authorities and Transport Ministers as well as to the Members of the European Parliament.

Since last September, both passenger and freight traffic at European airports have continuously and steadily decreased, with all markets being affected. The latest ACI EUROPE quarterly figures (January-March 2009) showed a massive drop of -12.4% for passenger traffic and -23% for freight traffic, with close to 90% of European airports losing traffic. These figures are unprecedented and their impact on European airports prompted ACI EUROPE to define a crisis strategy, in which the members of the Board made an active contribution. The strategy had three objectives: explain the severe impact that the crisis is having on airports, show how airports are reacting and adapting to the challenge, and finally focus on five key crisis relief measures.

ACI EUROPE is clear that its crisis strategy is not about asking for massive public assistance and bailouts. As pointed by the ACI EUROPE President, Dr. Yiannis Paraschis, CEO of Athens International Airport: “This would be completely at odds with the way in which airport financing has evolved in Europe over the last 15 years.” Rather, what ACI EUROPE seeks is a reconsideration of existing policies and regulations, both at EU and national levels, to empower European airports to unleash their potential and effectively contribute to economic recovery. Paraschis adds: “Indeed, the role of airports as catalysts of economic activity and key enablers of growth becomes even more relevant in times of economic crisis. This is something the EU and European governments need to take stock of and act upon.”

All these measures are not only beneficial to European airports, but aim at reinforcing the competitiveness of the entire aviation sector. They also reflect the fact that airports have now become competitive businesses in their own right. 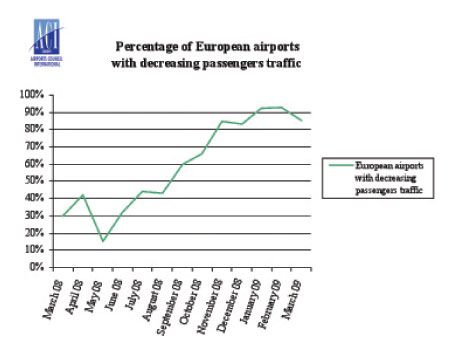 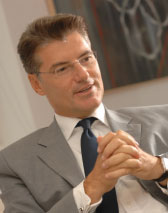 ACI EUROPE is clear that its crisis strategy is not about asking for massive public assistance and bailouts. As pointed by the ACI EUROPE President, Dr. Yiannis Paraschis, CEO of Athens International Airport: “This would be completely at odds with the way in which airport financing has evolved in Europe over the last 15 years.”

At the crisis meeting organised by the European Commission on 13 March, along with ACI EUROPE, all other aviation stakeholders were present, including the AEA, ERA, ELFAA, IACA, IATA and CANSO. While there was a lot of commonality between the respective positions, several airline associations insisted on asking for a total freeze of airport charges in 2009 and 2010. Jankovec says he was amazed at such a request, not least because it shows a lack of recognition of the economics of the airport business: “These associations assume that airports operate on a full cost-recovery basis just as Air Navigation Service Providers. This is not the case at all, as evidenced by the fact that airport charges paid by airlines account for only 21% of our revenues. Airlines do not pay the full costs of the airport infrastructure they use. Asking for a general freeze of airport charges is basically asking for a large-scale subsidisation of airlines by the airport sector.”

Jankovec strongly denies that there are massive increases in airport charges across Europe, as claimed by the some of these airline associations: “We surveyed close to 200 airports and found that our sector is being both very responsible and responsive vis-à-vis airlines. We are not seeing massive increase in airport charges, quite on the contrary. The vast majority of airports are either not increasing their charges or decreasing them or in case they had planned for an increase, they have often reviewed it downwards. Whenever increases are taking place, it is almost systematically below inflation.” Paraschis is keen to add “There is no one size fits all. Increasing charges might be unavoidable due to specific circumstances such as refinancing commitments, or the fact that charges have not been increased for many years despite significant investments being made. But airports are being very careful, not least because what is at stake is their competitive position at a critical time. The last thing they want is to lose even more traffic.” 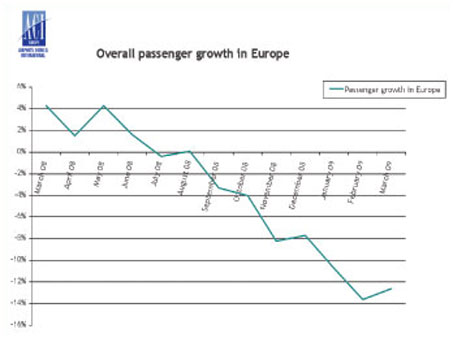 ACI EUROPE admits that the debate on airport charges has somehow “polluted” the positioning of the aviation industry as a whole on the crisis, potentially hurting its leverage when it should have shown unity. Some airlines admit the same in relation to the debate on the suspension of the use-it-or-lose-it rule for slots for the present summer season, which ACI EUROPE opposed.

But beyond these issues, it is crucial that the EU and national governments do not lose sight of the role that aviation plays in the economy and act accordingly. Somehow it is reassuring that the European Economic Recovery Plan puts much emphasis on infrastructure, recognising that Europe needs to “accelerate its investments in infrastructure” as this will “not only cushion the blow to the construction sector” but also “enhance Europe’s long term sustainable growth potential”. What is now needed is concrete follow-up.