The main aim of the Directive is to establish a common EU framework regulating the essential features of airport charges, based on the ICAO principles of non-discrimination, transparency and consultation with users. The Directive applies to airports handling more than five million passengers per year – and, where that threshold is not met, the biggest airport in each Member State. ACI EUROPE appreciates the exclusion of Small and Regional airports from the scope of the Directive and the fact that it recognises the dominance of airlines in those regional airports. 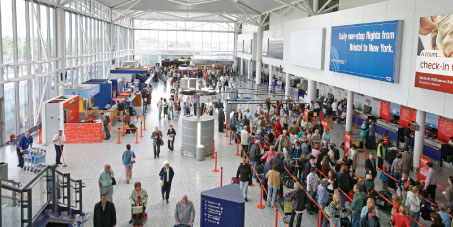 The UK has a commercial, competitive airports industry, and the CAA advocates effective competition over regulation as the way of delivering the best result to users.

However, while there are positives, ACI EUROPE feels the Directive fails to fully take into account market reality and the existing competition between airports. Airports operate in a competitive environment, in which they are not necessarily able to exercise market power. In addition, the Directive does not address the need for airports to be incentivised to invest in new infrastructure and to finance additional capacity.

Daniel Calleja, Director of Air Transport at the European Commission, welcomes the final adoption of the Directive. He said: “I am delighted with this outcome: This sets an important first step in addressing the question of airport charges in Community law. Airport charges must be transparent and non-discriminatory in the interest of European citizens.” 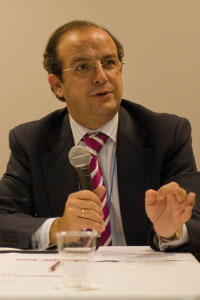 Daniel Calleja, Director of Air Transport at the European Commission: “This sets an important first step in addressing the question of airport charges in Community law. Airport charges must be transparent and non-discriminatory in the interest of European citizens.”

The Directive provides a clear legal framework for setting airport charges and reflects current commercial practices. Calleja is convinced that the Directive will foster a better dialogue between airlines and airports, which is more needed now than ever; “Once implemented, the new law will promote better dialogue between airlines and airports. This is especially important because as the economic slowdown bites airport charges are bound to come under even closer scrutiny.”

ICAO’s recently revised airport charges policy has clearly been heavily influenced by the direction the EU is taking, especially on environmental charges.

A central issue on which ACI EUROPE worked diligently and effectively was the scope of the Directive, with the threshold of five million passengers a positive, reasonable compromise. There is recognition of the need for flexibility of airport management and neutrality of airport charges, with modulation of airport charges where possible, differentiation of services possible and neutrality on single and dual till model – to be decided at Member State level. Also positive was the recognition of airport networks such as Aena – this implies the right to cross-subsidise airports across the network, meaning a common charging structure can be retained.

Another step in the right direction for ACI EUROPE, in light of the airport capacity crunch, constitutes the recognition of pre-financing in the Directive. The Directive states that different systems exist in different Member States concerning the pre-financing of airport investments. In Member States where pre-financing occurs, Member States or airports should refer to ICAO policies and/or establish their own safeguards. Overall, in applying ICAO guidelines, the EU has avoided reinventing the wheel. The requirements for transparency, efficiency and adherence to ICAO principles are particularly welcomed by IATA, which in a statement to Communiqué Airport Business said it “supports appropriate and robust economic regulation. While the EU Directive is a compromise, it is a significant step in the right direction and much better than the status quo.”

“But much remains to be done at Member State level, especially as it relates to supervisory activities. IATA will be pressing for a proactive approach by States and monitoring developments carefully to ensure that appropriate arrangements are put in place,” continued the statement.

The EU Directive on Airport Charges was adopted by the Council of Ministers on 19 February. Entry into force in EU Member States will take place in early 2011.

The UK Civil Aviation Authority has been closely involved with the development of the Directive, focusing on what the effects would be of the proposals on the aviation industry. “Given the significant differences between the airport sectors across Europe, it was quickly apparent that a ‘one-size-fits-all’ approach to creating a Directive affecting these airports would not be appropriate,” said Harry Bush, Group Director, Economic Regulation, UK CAA. “The UK CAA has therefore been able to support an approach based on setting general principles to which airports and their customers should adhere, without unnecessary, and potentially counterproductive, restriction of behaviour.”

The UK has a commercial, competitive airports industry, and the CAA advocates effective competition over regulation as the way of delivering the best result to users. “This approach is in line with the Directive, although we will clearly need to review the requirements of the Directive when finalised, as some changes to what is currently required of airports and their users are likely to be needed,” said Bush.

The UK’s regional airports have grown substantially over recent years and actively compete with each other for business. The CAA does not intervene in how these airports set their charges, affording them the freedom to respond flexibly to market conditions. “We feel that such intervention in the setting of charges is only appropriate and necessary where an airport has significant market power and the potential to abuse that such that it could raise prices above, or lower service quality below, the competitive level,” said Bush. The UK CAA is now giving some thought as to how to implement the Directive in the UK. It will need to consider this alongside a review currently underway into the framework of economic regulation of airports in the UK.

All airports falling under the scope will need to consult with airlines at least once a year on the level of charges; the only exception is if they have a multi-year agreement with carriers in place. A very important aspect is whether airlines have a veto if they don’t agree with the level of charges. ACI EUROPE sought inclusion of the possibility to apply a new level of charges – where justified – even when airlines don’t agree. However, while airlines do not have veto power they will be able to appeal against a new level of charges to a new independent supervisory authority at national level. That authority will take an interim decision on the appeal within four weeks and a final decision within four to six months. While such a timeline may not be ideal, the ACI EUROPE position is that this is, in principle, a workable compromise which should leave airports the necessary flexibility to react to changing market conditions.

Ulrich Schulte-Strathaus, Secretary General, Association of European Airlines: “This much-needed measure is not anti-airport, it is pro-industry. It aligns the interests of airports and their airline clients. It puts a premium on efficiency, to the benefit of both sectors and of the travelling public. Ultimately, it will make air transport more resistant to external shocks and economic downturns – something which, as the present crisis is demonstrating, is very much to be welcomed. However, as with any new legislation – and in particular a Directive which allows for a measure of interpretation at the national level – the proof will be in the implementation. It’s essential that the spirit, as well as the letter, of the legislation is respected.”