EC working actively with US, Canada and Australia on LAGs exemption 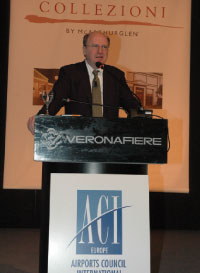 Seebohm: “We are working actively with the US, Canada and Australia, in particular with the US, for obvious reasons. Ultimately, however, progress with these countries will depend on their readiness to fully implement the relevant rules, notably to introduce mandatory use of tamper-proof bags at their airports.”

The EU adopted restrictions for LAGs carried in cabin baggage in November 2006. The significant impact on passengers and airports is widely documented – there have been many confiscations of originating liquids not falling under the exemptions, interpretation problems and, of course, confiscation of liquids from transfer passengers. Regulation 915/2007 provides the legal framework for passengers from approved third countries to carry liquid purchases when transiting through an EU airport. However, Seebohm stressed that it is not an automatic exemption permission, but requires a verification process.

In order to be granted an exemption, a number of conditions need to be met by the third country. These conditions concern the implementation of security standards for LAGs, as well as a significant level of aviation security overall. The third country should also have a good record of cooperation with the Community and its Member States.

The verification procedure consists of four steps. Firstly, the third country needs to send the European Commission a request for an exemption, supported by documentation on the implementation of the relevant security standards. Secondly, if the supporting information is sufficient, the European Commission visits the third country for an on site verification at the airport. Thirdly, the report on the information and the on site verification is discussed with Member States in the Regulatory Committee for Aviation Security. The last step is the publication of the airports of the third country concerned in the Official Journal of the European Union, to clearly state that the LAGs carried by transfer passengers that were purchased in an airport duty free shop in that third country may now be exempted from confiscation at Community airports. 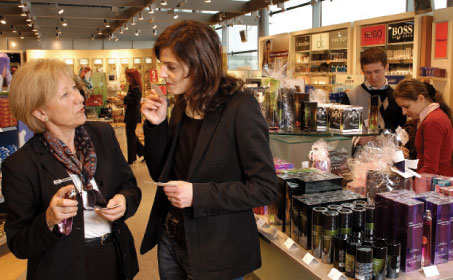 Third countries must meet a number of conditions in order to be granted an exemption. These concern the implementation of security standards for LAGs, as well as a good level of aviation security overall. The third country should also have a good record of cooperation with the Community and its Member States.

“So far, only Singapore has met all these conditions and has thus been granted an exemption. It is disappointing that we have not been able to grant further derogations. One reason is that some third countries do not use the tamper evident bag for the carriage of LAGs, which is a key condition for an exemption,” said Seebohm. This has, in particular, caused difficulties with granting exemptions to the US, Canada and Australia. Nevertheless, the European Commission is actively seeking ways to make progress with these countries as well. Significantly, the US Transportation Security Administration (TSA) on 1 May announced its approval of security tamper evident bags (STEBs) for the transportation of duty free liquids, purchased post-TSA security, on flights departing for international destinations. The STEBs must meet ICAO guidelines. “The use of tamper-evident bags is another step in harmonising security measures with our international partners,” said TSA administrator Kip Hawley.

The tamper-evident bags will not be accepted in the US at security checkpoints. International travellers arriving in the US collect their checked bags and have the opportunity to store duty free liquids in them before their next flight. 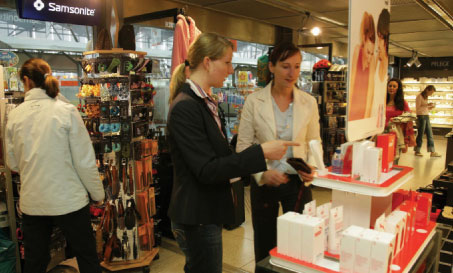 Seebohm: “It is disappointing that we have not been able to grant further derogations. One reason is that some third countries do not use the tamper evident bag for the carriage of LAGs, which is a key condition for an exemption.”

At the 17th ACI EUROPE Airport Trading Conference in Verona in February, Seebohm encouragingly stated that countries applying for recognition could win approval within three months. “If countries are as efficient as Singapore has been such a process could indeed be accomplished within three to four months,” he said. “Unfortunately, some of the administrations concerned appear to be a bit slow.” While the European Commission has created the legal possibility to apply for derogations, it is for each third country to decide whether it applies for it, not for the European Commission.

“Beyond that, I think that airports and retailers located in third countries will have to lobby their case,” said Seebohm. “It is, of course, not for us to define the priorities of third countries, but those with high traffic volumes to and from Europe know that we are interested in making such exemptions.” 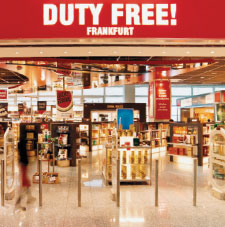 The significant impact of LAGs restrictions on passengers and airports is widely documented – there have been many confiscations of originating liquids not falling under the exemptions, interpretation problems and, of course, confiscation of liquids from transfer passengers.

The European Commission is, however, working proactively on the issue. While a priority list of third countries has not been drawn up in a formal sense, each country that meets the conditions can count on a swift reaction from the European Commission. Of course, it is particularly keen to make progress with those countries with a high volume of transfer traffic.

Seebohm believes that, ultimately, the use of better screening technologies, combined with efficient procedures, is the best solution. “It is difficult to say how far away a solution is, but I do hope that we can find a sustainable and operationally viable solution within the next two years,” he said.

The European Commission is working proactively on a roadmap towards the scaling back and removal of LAGs restrictions. “It is important that any change to the existing rulemaking will apply across the European Union as a whole, since it will not be acceptable to have a system that would permit passengers to carry liquids through certain airports and to have them confiscated at others,” said Seebohm. “In this context, ACI EUROPE will have a major role in informing the European Commission of realistic timelines for the introduction of technological solutions at all airports.”